CPG company Unilever will cut back staffing by 12%, or more than 800 jobs, including many in the U.S.; will trim the number of product varieties it sells by 30%; and will reduce its agency and commercial production fees. The company also plans to spend more ad dollars in digital to cut costs.Unilever, which employs a staff of 7,000, is a massive advertiser, having spent $9.1 billion on advertising and promotion in 2012, and its agency and production costs are estimated to be $2.4 billion annually. Keith Weed, chief marketing and communications officer, believes the company can be streamlined without any negative impact.

Filmzuez, the Argentinean company that commercializes advertising in cinemas, has launched a new department for online cinema advertising Adsuez. The new unit will be in charge of the monetization of digital campaigns in cinema sites like inesargentinos.com, Cinemacenter.com.ar Cinenacional.com, Cinemaadrogue.com, Vesvi.com, Escribiendocine.com, among others. 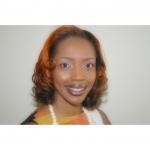