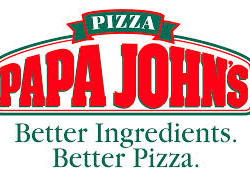 Pizza chain Papa John’s has selected Interpublic’s Initiative as its global new media agency. Initiative’s will focus on strategy and buying for digital and traditional media and social.The pizza retailer spends about US $130 million on ads annually, according to Kantar.The selection came without a formal review. The incumbent was Zimmerman Advertising, a Fort Lauderdale, FL-based agency. Initiative will handle the account out of its New York office. PapaJohn’s is present in most Latin American countries but not in Brazil and Argentina.

IPG Mediabrands media group has been chosen by Turkish Airlines to develop strategic planning and media plans for the Turkish airline.

“I am very happy with this incorporation to our customer base. I feel pride and a great challenge to be part of this great team, “said Sandra Muñoz, Managing Director of Initiative.

As of February onwards, a new phase begins for Richards / Lerma in México. Marca Lamasney is joining Richards / Lerma, an independent agency originated in the United States with offices in Mexico. Richards / Lerma was founded six years ago by Pete Lerma. The agency is part of The Richards group, “the largest independent media group in America.” After six years of being an independent agency working for clients such as Bimbo, P&G, Abbott , Obela, and Bonafont among others, Marca Lamasney takes the next step by joining efforts and experiences with the American agency Richards / Lerma, which has offices in Dallas, Buenos Aires and Mexico DF. In Mexico, is in charge of brands such as Jeep, Chrysler, Dodge Fiat Chrysler Automobiles’s and projects for Google, among others. Aldo Quevedo and William Tragant, founder of Fury in Buenos Aires, and partner of Richards / Lerma will be in charge of the creative leadership of the three offices. In Mexico, the agency will be led by David Ravelo and Lourdes Lamasney. The agency operates under the name of Richards / Lerma Mexico.

Ogilvy Brazil has just added group Air France-KLM airline to its portfolio. The new account will be handled from Rio de Janeiro offices, which since early last year have been operating as Air France agency in Brazil, under CEO Luis Carlos Francos leadership.

Concept Media agency has been chosen by notebooks and school parts company Ledesma, to be in charge of the ‘Back to School’ campaign for the brand Exito. The campaign will take place at the launching of the new notebooks line and can be seen from this week.

OLX, a firm devoted to online classifieds, has assigned its advertising account to Ogilvy & Mather. Thus, the agency will begin to develop the new brand positioning in the local market. In addition to the winner, in the pitch they also participated DM9 Rio, Lew’Lara’TBWA, We and NBS.