Instituto Internacional de Gastronomía (IIG), the Spanish-language online culinary school, has hired Precise Engagement, LLC as their digital agency-of-record handling their South American demand generation. IIG was founded in 2011 by Leandro Beer and is based in Miami, FL. They offer professional culinary training with renowned chefs and sommeliers delivered through an innovative online platform.

“We are delighted to work with Leandro Beer and his team as IIG expands their reach into South American markets, beyond US Hispanic and México,” said Arthur Rockwell, President & CEO of Precise Engagement. “IIG has a unique and high-quality product that we believe will fulfill a need in the Latin American marketplace.”

“IIG has ambitious plans for a pan-regional expansion and Precise Engagement has provided us with an end-to-end solution to deploy our presence in Colombia, a main market for us”, commented Leandro Beer, President of Instituto Internacional de Gastronomía.

Heineken-owned Mexican lager brand Sol has unveiled a global refresh of its brand and packaging, in a bid to improve stand out and drive sales. As part of the refresh, the brand will introduce a new 330ml flint, long neck bottle and secondary packaging and will be available in four and 12-pack formats from June 2013. The new bottle will be promoted through a summer ad campaign that will target affluent, urban men who value their independence and ‘know how the world works’.

Mexican beer Corona  has launched a new campaign in Argentina produced by Buenos Aires agency Woonky. The campaign will be featured in social media, print media and outdoor.

Bacardí – Global
BACARDI launched a new marketing campaign, “Vivimos,” in celebration of the brand’s storied origins in Cuba. A pioneer in rum-making and key player in Cuba’s fight for independence starting in the late 1800s, BACARDI rum’s founder Don Facundo Bacardi Masso and other revolutionary family members including Emilio Bacardi, brought ground-breaking change to the rum industry and to Cuba despite endless challenges. The new campaign will drive consumer awareness and excitement while reinforcing the brand’s rich, courageous heritage at a time when authenticity and masculinity are key themes among target consumers. The campaign’s TV and digital films were directed by filmmaker Jake Scott and depict stories that were inspired by actual historical events that shaped the brand. The television spot “Cuba Libre” takes place during a time of political unrest in Cuba in the late 19th Century, when the country was fighting for freedom from Spain. Scott used this historical backdrop to shape his story on how the Cuba Libre, more commonly called BACARDI and cola, is the original cocktail of freedom. 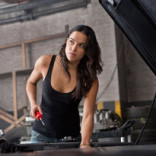