CHECK OUT PORTADA’S INTERACTIVE DIRECTORY OF CORPORATE MARKETERS AND AGENCY EXECUTIVES TARGETING LATIN AMERICANS! If you want additional information or to acquire the database, please call Jennifer Chan  347-961-9516 or e-mail him at jennifer@portada-online.com. SEE A DEMO OF THE DIRECTORY!

Best Western Hotels & Resorts aims to build 30 hotels in Latin America in the next two years, with an objective of doubling its current number of 15 properties. Best Western Latin American expansion is powered primarily by two countries, Brazil and Colombia. Brazil has 13 hotels in the pipeline in the next 18 months, including four (4) Best Western, Seven(7) Best Western PLUS and Two (2) Best Western PREMIER.Aside from those hotels already in construction, negotiations are underway with some 40 investors for additional projects, including prospects for Vīb, Premier Collection, Executive Residency and PREMIER. Colombia has eight hotels in the pipeline, most of which will be PLUS properties. Locations include the capital city of Bogota, as well as popular beach destinations such as Cartagena, Santa Marta and San Andres. The island of San Andres is a Caribbean hot spot known for its seven visible shades of blue in the ocean. Ongoing negotiations in the region include potential Vīb properties in Bogota and Medellin, Colombia’ssecond-most important city. Best Western Hotels & Resorts aims to secure ten properties in Colombia in the next 24 months. Dorothy Dowling, SVP of Marketing and Sales for Best Western International, tells Portada that most marketing efforts will be targeting the business traveler as well as marketing of loyalty programs. Initiative is Best Western’s media agency. 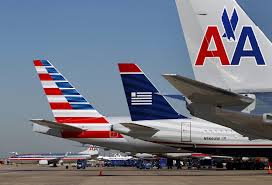 American Airlines has appointed MDC Partners’ Crispin Porter + Bogusky andGroupM’s Mediacom as its new creative and media agencies, respectively. The appointments were made following formal review in which CP+B and GroupM’s MediaCom defeated rival pitches from IPG, Publicis Groupe and Omnicom Group. The assignments are global.The incumbent agency was TM, part of Interpublic’s McCann Worldgroup. TM had serviced the account since the early 1980s and did not defend the account. Instead, Martin Agency, also part of IPG, pitched the business.American Airlines spent about US$30 million on ads last year, according to Kantar Media, and that number is likely to increase as the airline has just absorbed U.S. Airways.Read more.

Pharma and packaged-goods giant Johnson & Johnson has selected J3 as its media agency around the world after a quick review across all of its consumer, pharmaceutical and medical-device businesses and brands. Among the shops competing were WPP’s MEC, Omnicom’s OMD and J3, the dedicated J&J group that Interpublic Group of Companies created within UM.J3 previously handled some of the international work, while OMD supported parts of the business in Latin America and Asia, and MEC supported parts of Europe.When the review began, the company said the North American market would not be included. Months later, the company moved its US$1 billion U.S. business from OMD back to J3. OMD had won the business from J3 only a year earlier.J&J reported US$2.6 billion in advertising spending in its 2014 annual report.

InterContinental Hotels Group (IHG) has announced the opening of the new-build Staybridge Suites Puebla (Mexico) hotel. The eight–story extended stay hotel includes 129 suites and opens following an investment of more than US $12 million by Hotel Royal Plaza, S.A. de C.V.The Staybridge Suites brand has seen strong growth in Mexico with recent openings in Monterrey, Chihuahua, Guadalajara and Queretaro. This hotel marks IHG’s sixth property in Puebla and the first Staybridge Suites hotel in the city, according to IHG.

Agency Gravity 3 will open a branch in Costa Rica to cater the needs of the entire Central American region. The agency was born in Mexico and has representatives in Colombia and Chile. Costa Rica office will start operating from 1 October.