What:Busca Corp., a digital entertainment network headquartered in La Jolla, California, has signed a multi-year license agreement with Rotten Tomatoes to launch Tomatazos.com, a Spanish language movie ratings and reviews site. Tomatazos.com went live on April 6th , 2015 in Mexico and will  later roll out to other Latin American territories. It will expand to Colombia, Chile and Argentina in 2016, and in 2017 it will go on to the rest of the region, except Brazil. For the US Hispanic market, the company will make use of Tomatazos.com in Spanish. “if there is any demand for a Hispanic version of Tomatazos, we may consider it”, but “it is rather a RottenTomatoes USA call,” says Ramon Toledo, Busca Corp.’s founder and CEO.
Why it matters: Entertainment Content, including movie reviews and advertising, belongs to the more profitable sectors of Digital Media. Busca Corp. also represents all CBS Interactive digital properties, in Mexico and LatAm for online advertising sales, including CNet en español.

The website went live on April 6th , 2015 in Mexico and later roll out to other Latin American territories: it will expand to Colombia, Chile and Argentina in 2016, and 2017 will go on to the rest of the region, except from Brazil.

Regarding editorial, although Tomatazos.com is a Busca Corp. effort it is also supported by some RottenTomatoes

original content, but “most of our content will be done at home and supported by other news portals through their reviews, as neither RottenTomatoes nor Tomatazos make their own movies reviews,”says Ramon Toledo, Busca Corp.’s founder and CEO (photo).

Tomatazos.com will sell all kinds of advertising, including banners, rich media, Pre-Rolls, skin advertising, depending on the client demands. But, according to Toledo, premieres, Spanish and DVD movies, Netflix content and Streaming are the categories that have the biggest potential. Toledo says that there is no guide to Netflix movies in Latin America. “TV series is another category we are planning to include. Our plan is to sell in Mexico, Chile and Colombia through Busca Corp. sales teams, ”he adds..

Tomatazos.com will sell all kinds of advertising, including banners, rich media, Pre-Rolls, skin advertising, depending on the client demands.

Creating a vast community of movie fans, Busca Corp. will integrate all of the latest social tools into Tomatazos.com. Busca Corp. has also hired a local team of talented reporters, editors and translators to produce an ongoing stream of unique regional content. It is all part of the company’s commitment to establishing the website as Latin America’s premiere destination for top quality film reviews, synopses, trailers, news original editorial and fan forums.

In addition to having rights to develop and manage Tomatazos.com’s editorial content, Busca Corp. will also oversee the property’s commercialization and monetization. In year one of the agreement, the company’s sales strategy will focus primarily on the Mexican marketplace. In year two, it will focus on Argentina, Chile, Colombia, and Venezuela. And in year three, it will roll out to additional countries across Latin America. Busca Corp. also represents all CBS Interactive in Mexico and LatAm for online advertising sales.They are 30 sites in total, excluding those in China and Korea.

“The Latin American film community is robust, and those filmmakers and fans are an important part of the worldwide film community,” commented Matt Atchity, the Editor-in-Chief of RottenTomatoes.com, which has a large and growing base of users across Latin America.

“We’re excited to add Tomatazos.com to our growing digital media portfolio,” commented Toledo Busca. “By aligning with Rotten Tomatoes, the leading brand in movie ratings and reviews, we will help movie lovers throughout Latin America discover the best Movie content from around the world. In light of Latin America’s immense untapped potential, we have set an aggressive expansion strategy for Tomatazos.com. However, I have no doubt that our hard-working and talented team will do what it takes to make it happen.” 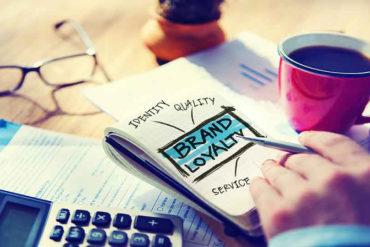 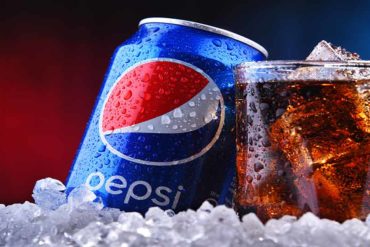