Rdio to launch In 20 new countries

What? The streaming music provider Rdio launched its services in 20 new countries, reaching 51 new different international markets.
Why it matters? 57% of new users come from outside US.

Streaming music provider Rdio has launched its services in 20 new countries, reaching 51 new different international markets. The new countries in that group of 20 include much of Latin America, as well as parts of Europe and Africa.

New users in those markets that sign up as new members will get free access to Rdio on the web for six months, and two weeks free trial on mobile. The service also provides instant access to Rdio’s library, which features new releases every week. Rdio also launched improved Rdio radio stations, which can be created from an artist, genre track or based on your collection.

Rdio’s active users growth by 30% from countries outside the US at the start of 2013, to 57 percent by the end of the year.

With this new launch, Rdio will outnumber its rival Spotify, which used to rival Rdio by one after launching in four new countries back in September, for a total reach of 32 global spots. International growth appears to be a key element to Rdio’s future success.
Source: Techcrunch 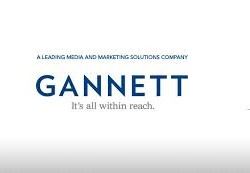