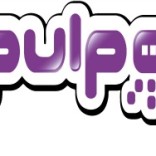 Pulpo Media announced the company is opening a new office in Mexico City, located in Lomas de Bezares. Pulpo has been operating in Mexico since 2010.

The size of internet investment in the Mexican market has tripled in the last five years, and has grown 38% in 2012, according to the latest data published by IAB México.

Pulpo Media is based in Berkeley, California, US, and is an online media solutions provider for US Hispanics and Latin Americans in Mexico, Chile, Peru, Argentina and Colombia. Also operates in Spain.

Pulpo Media is a privately held company founded in 2008 in the United States. It has been  backed by investors who have worked in companies such as AOL, Apple, Doubleclick, Facebook, Google, IAC/Ask, Lowermybills, Shopzilla, Turn and Yahoo.