What: International media sales company Publicitas has selected Rubicon Project, a SSP (Supply Side Platform) company automating the buying and selling of advertising, to power its digital advertising inventory.
Why it matters:Publicitas will take advantage of Rubicon Project’s Advertising Automation Cloud platform to make digital inventory available to buyers globally. The move is somewhat surprising because Publicitas in November 2012 acquired Improve Digital, a Netherlands headquartered SSP.

Publicitas, which gives global advertisers access to audiences and inventory around the world, has announced that it has selected Rubicon Project to power the monetisation of digital advertising inventory. The move is somewhat surprising because Publicitas in November 2012 acquired Improve Digital, a Netherlands headquartered SSP.

Publicitas, which works with media owners across the globe to sell advertising space in traditional as well as digital media, will use Rubicon Project’s Advertising Automation Cloud platform to make digital inventory available to leading buyers across Europe and the rest of the world, via open auction as well as private marketplaces. Publicitas also sells into a wide array of Latin American and U.S. Hispanic web sites.

Commenting on the announcement, Publicitas Chief Technology Officer David Klement said, “working with Rubicon Project sets us up well to maximise the returns from automated advertising for our media partners. This is an increasingly important trend across both Europe and the rest of the world and we see Rubicon Project as a leader in terms of its current technology, its future roadmap, its expert staff and the support and consultation they provide.” 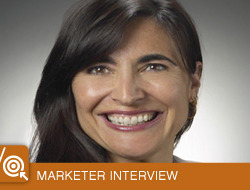 Kellogg’s Shopper Marketing: “In 2015 we see more Mobile and Digital integrated into our Multicultural offerings.”