What: NYLON Media Inc. will publish Spanish language print and digital editions of its flagship NYLON Magazine and NYLON Guys Magazine.NYLON Español will be available on newsstand August 2014 and NYLON Guys Español, on sale September 2014.They will both be distributed throughout Mexico, Central and South America and in major Hispanic markets all over the U.S
Why it matters: It’s relatively unusual to see  a print media property expanding across the Americas.

Initial distribution will encompass México, Colombia and Argentina and select markets in the U.S., such as New York, Miami and Los Angeles.

“A Spanish language edition of NYLON was previously published in Mexico but that licensing agreement has ceased,” sources at NYLON in New York City tell Portada. The distribution mix will comprehend newsstand sales and subscriptions. Nylonespanol.com will be launched to coincide with the publication of NYLON Español in print.

NYLON Español and NYLON Guys Español will reflect the fashion editorial of its U.S. counterparts with coverage of the vital fashion centers of Mexico City, Miami, New York City, Los Angeles, and Buenos Aires.  Targeted towards the Spanish-speaking young adult market throughout all of the Americas, NYLON Español will celebrate Hispanic pop culture, fashion, music and entertainment.NYLON Español content will be featured on Nylonmag.com where users will be able to toggle between the Spanish and English languages. In the U.S. Nylon Magazine in English has a total circulation of 225,000 and is published 10 times a year. 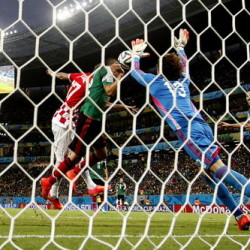