The “Pilotos por la seguridad vial” campaign will be aired in several countries in Latin America across Pay TV channels. It also will be featured on social networks and other online platforms.

The campaign aims to generate conscience to avoid the loss of lives through car accidents, encouraging responsible road behavior.

Statistics(*) are very clear: more than 1,3 million people lose their lives every year in road accidents worldwide. In Mexico, there are up to 50 million injured and 16,000 deaths per year are due to road accidents, which are the main cause of death in youngsters and children between the ages of 5 and 29 in the country. 90% of all road accidents can be prevented.

The campaign aims to create awareness through essential recommendations for safe driving:

The campaign will be aired across Latin America via Pay TV. Fox International Channels Latin America announced its support to the campaign that will be featured across its Pay TV channels portfolio, including FOX, FOX Sports, FX, Nat Geo, FOX Life, Utilísima, Cinecanal, and Film Zone, among others, as well as featured on all online platforms and social networks. 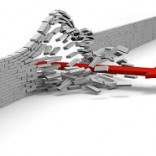 2013 Hispanic Marketing Challenges: Bicultural Relevancy, Mobile and to break through the Clutter