The Medula network includes all PAL newspapers as well as other affiliated publishers. It is led by CEO Vicente Jubes. Other team members include Javier  Chanfreau, VP of Digital Sales, Alessandro Alvino, Digital Sales Manager and Diana Correa, Client Services Manager. The staff is growing as the company is hiring to increase its sales staff. Medula Network clients include Univision, Iberia and Porsche. 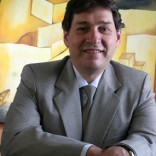