What:Amazon CEO Jeff Bezos, Amazon CEO plans to turn the Washington Post into a national publication using his Amazon product the Kindle through an effort dubbed “Project Rainbow.”
Why it matters:The project consist of a new application that will initially be free for Kindle owners and eventually require a paid subscription available for Apple and Android products.

A bit more than a year after buying The Washington Post and its Spanish-language sister paper El Tiempo Latino, many observers are getting an answer to a key question: Namely whether Tech billionaire Jeff Bezos,would have his The Washington Post asset and his e-commerce giant Amazon working together.  The answer is a resounding yes. Bezos wants to turn the Washington Post into a national publication. To do so, he’s planning to use his Amazon product the Kindle to aid in the newspaper’s needed growth.

We now got an answer to a key question: Namely whether Bezos will have its The Washington Post asset and his e-commerce giant Amazon working together.

Bezos’ plan, basically, consists of using Amazon.com to bring the Post into more people’s hands.Through a new application, which will initially be free for Kindle owners and require a paid subscription in a download later available for Apple and Android products, Amazon’s founder will create ties between the newspaper and the e-commerce giant he started 20 years ago.

Over the  last few months, a group inside the Washington Post has been working on a new application that will offer a curated selection of news and photographs from the daily newspaper in a magazine-style, tablet-friendly format. The application will come preinstalled on Amazon’s newly updated Kindle Fire tablet, expected to be launched later this fall, according to Bloomberg.

Inside the Post, the effort was led by former editor-in-chief of Salon.com Kerry Lauerman, Lauerman joined the newspaper as a senior editor in July to work on mobile initiative, has been named Project Rainbow. Lauerman reports to Cory Haik, the Post’s executive producer for digital news. 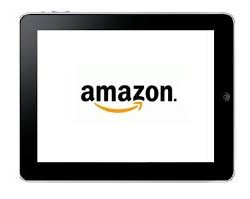 Ever since Bezos bought the Washington Post, media observers have been speculating how he would resuscitate a franchise with old-media challenges, such as declining print advertising and an increasing online/mobile readership.

But Bezos has outstanded for focusing on growth instead of profit margins. His first move at the Post, too, was “a substantial expansion of the budget,” resulting in the hiring of more than 100 people so far in 2014.In September, meanwhile, Bezos dismissed the Post’s longtime publisher, Katharine Weymouth, and replaced her with Frederick J. Ryan Jr., a former aide to President Ronald Reagan.

Amazon’s Kindle Fire tablets and its new Fire Phone lag in popularity behind competing tablets and phones from Apple, Samsung Electronics and others. But Amazon is betting that editorially produced content, such as Amazon-published books, Amazon-produced TV shows, and now perhaps Washington Post-published news, can attract additional users.