What: CNIL will fine Google for up to €150,000 for not complying with the country’s privacy laws.
Why is it important: Data protection issues have spread across the world at a fast pace and other countries will surely prompt similar initiatives that may ultimately lead to structural changes in the internet as we know it.

National Commission on Computing and Freedom (CNIL), a French independent data protection commission, announced on Friday that Google had failed to meet the three-month deadline it had been ordered to comply with the country’s privacy laws. The search engine could be fined up to €150,000 (US $203,000).

France took the lead after a group of European regulators took issue with new Google practices which were contained in a privacy policy it adopted last March, reports The Financial Times. Google initially was asked by CNIL to keep informing French web users on the way their personal data was processed by it, and the new policy was also intended to make it easier for Google to personalise across different services and to target advertising more effectively.

In addition, Google was urged to ask users before it stored cookies on their PCs, so this announcement comes as Google is looking for an alternative, which has been widely heralded as a sign of broader structural changes in the internet and advertising industries. 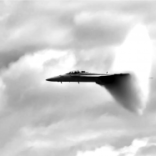 CONTENT MARKETING: Flying Through the Fog: A Marketer’s Guide to Navigating Search After Google Keywords Were Encrypted