The move values Pinterest at USD 2.5 billion. CEO Ben Silbermann said the investment it would use the new capital to build new features, beef up its infrastructure, and make”strategic acquisitions of both talent and technology.”

Pinterest has over 100 employees and most recently raised cash in May 2012, drawing USD 100 million in a round led by Japan’s Rakuten e-commerce group and valuing it at USD 1.5 billion. 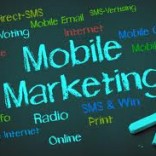 Telefonica and Sprint launch Mobile Ad Network for the U.S., Latam and Europe