The firm’s global media is handled by WPP’s Mindshare, while its global advertising account is held by JWT. The company has a market cap of US $41.5bn as of May this year and is listed among the Fortune 500.
Earlier this year, Elane Stock replace Christian Brickman as group president of Kimberly-Clark International and Kim Underhill appointed as president of Kimberly-Clark Professional. 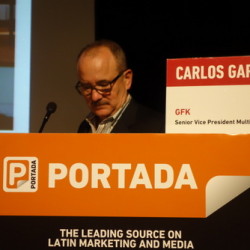 #Portada14: The unended Quest-How to best connect with a changing Hispanic audience