Gabriela Arroyo has been promoted to telecommunication leader of McCann Latin America. Arroyo is also Account VP of WMcCann Rio and has been responsible for the TIM account since 2011.

Daniel Tártaro is the new general director of OgilvyOne, the direct marketing and CRM unit of the group. Tártaro has been working as digital integration director in Ogilvy Brazil. The executive has worked with clients like Coca-Cola, Globo TV, Telecine and GSK.

Omnicom Group has announced that Peter Sherman, executive VP, will replace Troy Ruhanen. Sherman will be in charge of the innovation and relationship between the clients and the agency. Troy Ruhanen has been promoted to president and CEO of  TBWA Worldwide.

Beto Cocito has been named general creative director of  DDB Argentina. Cocito has worked for Ogilvy Brazil and DAVID. 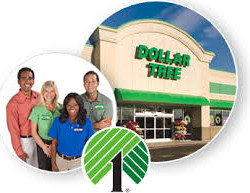