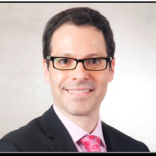 As President of Cisneros Media, Jonathan Blum will head a division that includes broadcast television, Pay-TV, production, content distribution, music, and beauty pageant companies. He also will be in charge of Venevision International for Latin American markets.

Neil Stewart is the new global chief client officer of Maxus. He will be in charge of the global operations, overseeing all client relationships, for clients including UPS, Barclays, NBC Universal, Church & Dwight and Fiat. Stewart was Asia-Pacific Maxus CEO. He will continue to work from Singapore.

Starcom has announced two appointements: Eva Powell as head of strategy and Sabino Petruccelli as head of performance marketing. These appointments follow the recent hire of Isabelle Baas as digital director. Both will report to Pippa Glucklich, managing director of Starcom.

As head of strategy, Powell will work with Starcom’s planning department and will be responsible for devising the strategic direction of the division’s client portfolio.

As head of performance marketing, Sabino Petruccelli will be responsible for leading a team of fifteen, focused on client relations and new business. He will also be tasked with expanding the performance function within the Starcom brand and will support Starcom’s client base in driving performance driven opportunities.