Openet, a global real-time transaction management software and services company, has appointed Antonio Junior to the position of Sales and Market Development vice president for the Latin America and Caribbean regions (CALA). His main challenge will be to expand the client base in the region and grow the relationship with existing clients.

International Data Corporation (IDC), global provider of market intelligence, advisory services, and events for the information technology, telecommunications, and consumer technology (ICT) markets, announced that the leadership of its Latin America operations is being transitioned to Mr. Ricardo Villate over the next several months.
“Latin America is the fastest growing IT market in the world, expected to grow at 2.4 times the global average in 2013. In this context, IT vendors will continue to seek growth in Latin America and IDC will continue to invest in identifying key opportunities and trends in the region,” said Mr. Villate.

360T Group, the leading independent global provider of a multi-bank, multi-asset trading platform has appointed Patrik Nagel as Co-Head of Sales, Americas. Patrik Nagel, who joined 360T on 1st of July, will be based in New York. In his role he will be responsible for expanding the company’s footprint across North and South America into market maker & market taker banks, hedge funds, active trading companies and broker dealers. Nagel reports to Daniel Conte, CEO and COO for the Americas at 360T. 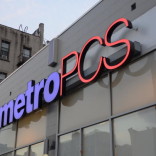