Carat will be MasterCard’s new global media agency. MasterCard will retain UM only in Latin America.

In 2010, MasterCard consolidated global media planning and buying by adding the US to UM’s responsibilities to manage the business abroad. The news of Carat’s addition was not so welcome for UM as it has been supporting the business for a couple of years.

For Carat, this creates an opportunity to run a new business. Another major success for Carat  was to win the General Motors account in 2012. Other accounts include include Macy’s, Danone and Sony business in the US. Parent group Aegis has also won Reckitt Benckiser.

It is estimated that MasterCard spent US $126.6 million on domestic measured media in 2012 and about US $250 million globally.

The Mastercard review came down to a group of finalists which also included a team from WPP’s Group M and Omnicom’s PHD, months after then-Chief Marketing Officer Alfredo Gangotena assumed his post.

The company’s new CMO Raja Rajamannar (photo) put the business in review as well. “At this time we can confirm that Carat has been awarded the consolidated media business in all markets except Latin America. Universal McCann will retain the business in Latin America. The integrated McCann XBC team will continue to support MasterCard in other marketing activities, including creative, digital and sponsorships/partnerships,” the company’s spokeman said.

Twitter’s makes less than a third per international user compared to its U.S. user 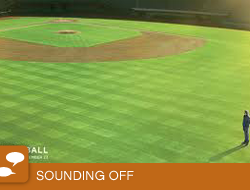 Sounding Off: Alain Portmann: “How Moneyball reminds me of online media”