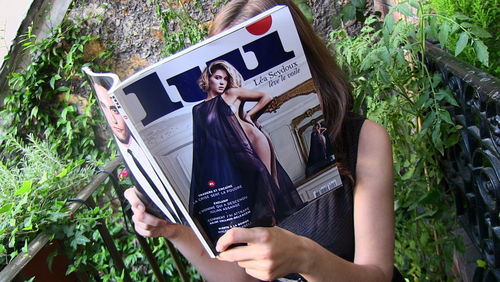 CBS Interactive has signed an  agreement with Busca Corp. to monetize its traffic from Latin America. Through this agreement, Busca Corp. will have exclusive representation of CBS interactive in Latin America and will offer more than 30 premium digital properties from the network in the region.Portada spoke with Ramon Toledo, president of Busca Corp. and Jason White, Vice President, from CBS Interactive.

“With a growing presence in Latin America, we saw a great opportunity in making this agreement with Busca Corp. to monetize our traffic through our local advertisers,”  Jason White, Vice President  of CBS Interactive, told Portada.

Ramon Toledo (photo), President and Founder of Busca Corp. tells us that “About a year and a half, we started thinking on working together with CBS Interactive in Latin America. Back then, we were going to launch CNET in Spanish for Latin America, but later CBS Interactive decided to do it in-house and only for the Hispanic market in the U.S. So after a while, we eventually agreed to become the exclusive sales representative in Latin America for the next two years. ”

Among all CBS Interactive’s digital properties that Busca Corp. monetizes in the region are: CNET.com, Download.com, Gamespot.com, Metacritic.com and Last.fm. Most sites are in English, except some like Last.fm that also has content in Spanish.

Nowadays, Last.fm, CNET and Gamespot is what we sell the most. We have been also specifically asked us to advertise on download.com

There are about 300 million Internet users and more than 680 million active mobile subscribers in the region, according to Search Corp. “While CBS Interactive digital properties generate more than 200 million unique visitors and over 900 million of pages viewed each year in Latin America, this is only a piece of the immense potential there is in the region,” says Henry James, Director of Operations at Busca Corp.

Busca Corp.’s monetization plan for selling advertising on sites involves focusing on the Mexican market throughout the first year of the agreement and only then expand operations to the rest of Latin America.

“The biggest LatAm market (except for Portuguese-speaking Brazil) is Mexico .This is a key market for us because we know it quite well and we work with many clients there. That is why we have decided to go strong in Mexico and then move to Chile, Colombia, Argentina and Peru, during the second year,”said Toledo

We will target Chile, Colombia, Argentina and Peru, during the second year of the contract

Toledo says that this decision is based on the idea that the Latin American market, taken as a whole, is a “difficult market”. “There are several markets in the region and quiet different from each other, and although we all speak Spanish, all markets remain different in Latin America, with its’ own players, specific interests and presence of different agencies in each country.”

The structure of each market in Latin America is very specific, even though we are a single region and we all speak Spanish

Marketing English sites in Latin America: quite a challenge

Toledo says that “Mexico is a little more open to investing in U.S. portals. But in the rest of Latin America, they mostly invest in portals with content in their own language. Ahead of this, our strategy has been to sell in Mexico packages that include CBS Interactive portals in English and also target international companies that have e-commerce and traffic in Latin America, like we do, for instance, with brands such as Samsung or Sony. ”

The challenge, according to Toledo, also involves a question of “agencies education.” “We have to explain that the many Mexicans who enter sites in English are considered premium audiences because they can both speak and read English and belong to a high socioeconomic status.” Major U.S. media properties such as the New York Times, The Wall Street Journal and the The Washington Post also sell their Latin American IP’s to global advertisers.

CBS Interactive traffic in Latin America is premium, not junk, because that is what we sell