Leap Wireless International, announced that its music service, Muve Music, is now being offered to customers of TIM Brazil, a Brazilian  mobile carrier.

According to the company, TIM has more than  70 million customers.

Muve Music was launched on the Cricket service in the U.S. in January 2011 and now has near 1.5 million subscribers. 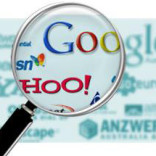 “SEOitis”: Are we under the Tyranny of Search Engine Algorithms?

“SEOitis”: Are we under the Tiranny of Search Engine Algorithms?