The Audit Bureau of Circulations has rebranded itself as the Alliance for Audited Media. The new brand, endorsed by 94 percent of the organization’s members who recently cast votes on the matter, builds upon AAM’s expanding role in auditing media across multiple platforms. These include print media brands, tablet and smartphone apps, websites, social media, email newsletters, and digital publishing platforms that serve the media industry.

90% of AAM publisher members provide content for tablets and smartphones, up from 51% in 2009.

AAM rebranding comes after very high growth rates in digital publishing. According to AAM’s fourth annual digital publishing survey, which will be released in full in December, 90% of AAM publisher members provide content for tablets and smartphones, up from 51% in 2009. A few weeks ago, AAM also released figures showing 15% of all US Newspaper circulation happens now in digital editions, up from 9% the year earlier.

Michael Lavery, President and Managing Director of AAM, said on their recent rebranding: “This represents much more than a name change. With advancements in the media industry and the progress our organization has made in developing new digital audit services and cross-media expertise, we felt it was time to refresh our brand to better reflect our strategic role in the new world of media.”

Joan Brehl, vice president and general manager of AAM Canada, also said: “We do so much more than circulation so it no longer represented what we’re doing. We’ve been auditing digital media since 1996 under ABC Interactive. It’s a good way for us to continue to evolve.”

Brand development was led by Shelagh Stoneham, VP of Brand Management at Rogers, and the new logo was designed by Toronto based, Würstlin Group.

AAM has also launched their new Canadian and US websites, featuring a new Media Intelligence Centre. 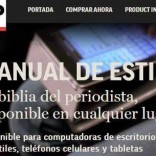