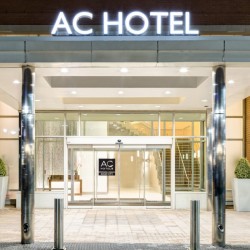 Travel data science specialist BOXEVER COMPANY has announced a US$ 12 million round of funding led by Polaris Partners, an existing investor in the Dublin-based data analytics and personalization company. Boxever’s ‘Customer Intelligence Cloud’ service has brought in important customers such as Emirates, Cebu Pacific and Alitalia. Chief executive and co-founder Dave O’Flanagan says the company now has “a strong proposition” for both low cost and traditional carriers and has also started working with a small number of hotels in Ireland and the UK.

TRAVELCLICK, a global provider of innovative cloud-based solutions that enable hotels to grow revenue, announced that it has partnered with Sojern, one of the world’s leading performance marketing engines for travel brands. The partnership will enable TravelClick’s digital media customers to drive more bookings by leveraging Sojern’s data-driven marketing optimization engine and its access to premium inventory.

UNITED AIRLINES appointed James T. Olson as senior vice president of Corporate Communications, bringing to the airline 25 years of public relations and employee engagement experience with several of the world’s most admired and innovative companies, including Starbucks, US Airways and Nissan.
Olson currently serves as vice president Global Corporate Communications at Starbucks Coffee Company, Fortune’s 5th Most Admired Company, where he has led the company’s reputation-elevating corporate news agenda and brand protection responsibilities since 2011. Additionally, he architected Starbucks’ next-generation digital news and employee storytelling platform and orchestrated the public affairs for the company’s Asia-Pacific and Latin America regions.

AMERICAN AIRLINES announced that it is seeking regulatory approval to enter into a joint-venture partnership with South American carrier LATAM Airlines. This approval could open the doors to new routes and more flights between North and South America. American and LATAM already are members of the Oneworld frequent-flyer group, and have a “codeshare” arrangement that allows them to place their codes and sell seats on some of each other’s flights. But a joint-business agreement would go beyond that. If approved by regulators, it would grant American and LATAM antitrust immunity to share revenue and coordinate schedules and marketing on routes covered by the arrangement. The joint business pact proposed by American and LATAM would cover flights between the United States and Canada and six South American countries: Brazil, Chile, Colombia, Paraguay, Peru and Uruguay.

GRUPO POSADAS is interested in partnering with the Mexican government to open new hotels. Pablo Azcárraga, president of the group, admitted he would join the government to build new hotels in Huatulco, Oaxaca; Ixtapa Zihuatanejo, Guerrero; and Loreto, Baja California Sur. The Secretariat for Tourism is ready to give money from the National Infrastructure Fund to associate with the private sector.

EUROMONITOR announced its Top 100 City Destinations Ranking. Miami was the most dynamic destination in the US in 2014, seeing a 15.7% increase in visitors: a total of 7.2 million. Latin Americans made up over half of international visits to the city, but much of the increase was seen from travelers stopping over in the city on the way to the FIFA World Cup in Brazil. Rio de Janeiro benefitted from the World Cup, with an increase of 46.6% in inbound arrivals, moving the city up 12 places in the ranking to 80. Cancun, in Mexico, registered a rise of 42.1%, welcoming over four million visitors in 2014. With this number, it beat the Mexican capital in terms of arrivals for the first time. They consider Havana in Cuba a city to watch over the coming years. The city is expected to be a Latin American success story as visitor numbers are predicted to rise as the improved political relationship with the US has encouraged tourism.

THE HILTON GARDEN INN announced the opening of the brand’s first hotel in Peru, the new 137-room Hilton Garden Inn Cusco in the city’s historic neighborhood of Santa Ana. In addition to its current locations in South Beach Miami and The Loop Chicago, Hyatt Centric will be found in sought-after locations in California, Utah and Texas. Hyatt Centric also plans to expand globally with the first international hotels in Montevideo, Uruguay and Tokyo, Japan.

WYNDHAM NORDELTA TIGRES BUENOS AIRES opens in Argentina: Located across from the Nordelta Bay in Tigre, this new hotel offers spectacular views from its modern six-story building. The hotel is the only in the city accessible by land and river and is just 60 km away from Buenos Aires’s Ezeiza International Airport, 35 km from the Buenos Aires city center, and 15 km from the Tigre’s train station.

THE FOUR SEASONS will open second hotel in Bogota. Set to open in April 2016, the completely remodeled building formerly known as the Hotel Charleston joins the just-opened Four Seasons Hotel Casa Medina Bogotá as the brand’s second location in the city.

HYATT ZIVA CANCUN opens in Mexico. Last week the all-inclusive Hyatt Ziva Cancun was host to more than 800 guests and travel industry leaders from the United States, Mexico, Canada and Europe, as they gathered to celebrate the grand opening of Hyatt’s new 547-suite all-inclusive resort in Punta Cancun.

The 10 Most-Visited Retail Sites in the U.S. Hispanic Market