A summary of the most exciting recent news in online video in the U.S. and Latin America. If you’re trying to stay up-to-date with these constantly-evolving markets, look no further.

Brought to you by Gretchen Gardner, member of Portada’s Editorial Team.

AGENCIES LIKE IT! A third quarter survey of advertising agencies conducted by STRATA, a media buying and selling software firm, found that 53% of agencies see their business increasing now over the same time last year, offering optimistic signs for the ad economy as the holiday season approaches. Broadly, the outlook for the end of 2015 looks strong as 45% project their growth to be higher in the second half as compared to the first.Client budgets this year are expected to increase at 17% of agencies, while 57% of agencies polled see client budgets remaining flat compared to last year. Forty percent of agencies plan on hiring additional staff in the second half of this year, the highest percentage recorded in the STRATA Survey in five years. Despite the positive signs, attracting new clients is now the top challenge for 33% of agencies, overtaking media mix (22%), which was the top agency challenge for three of the last four quarters. STRATA.

UNIVISION GOES LIVE: You’ll never have to miss your favorite Telenovela again, because Univision Communications has launched a direct to consumer video service, Univision Now, with a live stream of its own content as well as that of Unimás. The channel will be available for $5.99 a month or $59.99 a year and can be viewed on iOS, Android and Web.

MAKER TO MAKE A MARK IN EUROPE: MCN Maker Studios has partnered with the soccer club AS Roma, based in Italy, to create original video content in an attempt to grow the club’s digital audience through social sharing.

HULU AND TIME WARNER, OVER BEFORE IT HAPPENED? Of course you’ve heard – Time Warner and Hulu have been in talks to discuss the former’s interest in investing in the latter. But now, sources are claiming this is unlikely to happen.

Could it be the fault of Hulu’s unattractive next-day availability licensing model? Rumor has it that Time Warner doesn’t want its properties (like HBO) providing content to other services. We’ll keep our fingers crossed, though, because we’d probably never leave the couch (or turn on another television) if we could stream Game of Thrones.

MOVIN’ ON UP: Isaac Lee, CEO of online network and brainchild of Univision and Disney/ABC News, Fusion, has been named the chief news and digital officer at Univision Communications Incorporated (UCI). He will take on the gargantuan task of overseeing UCI’s online, mobile, digital, content and music platforms like El Rey Network, The Root and Flama.

A SOCIAL NETWORK FOR THOSE WHO WANT TO ‘LIKE’ EVERYTHING: We at Portada have always assumed that people used social networks to find things to become outraged about, but it turns out we may be wrong. beBee, a social network that uses an algorythm to figure out what content we actually want to see, has nine million users, and it was only launched in February. We’re tempted to sign up just to make all mentions of Donald Trump disappear from our newsfeed.

VIDEO KILLED THE RADIO STAR, BUT STILL MAKES MONEY Supply-side platform Matomy Media Group has acquired Optimatic, aprogrammatic video ad company, for a minimum of $25 million. The acquisition is part of an effort to improve Matomy’s digital video capabilities. Video is increasingly important to the revenue generated by mobile ads, as the company expects the deal to produce$315 million in revenue in just the first year.

ITS ALL ABOUT PARTNERING!: Engineering, sales and marketing company Pontis Communications has signed a partnership with Imagine Communications to support the latter’s work in Bolivia, Chile, Costa Rica, Mexico, Paraguay, Uruguay and Venezuela. Pontis will be working out of Buenos Aires, Argentina, and focus on networking and distribution solutions.

TELCOM AND TV MERGE IN PERU: PayTV and telecommunications provider Telefónica in Peru has selected ChyronHego’s Channel Box Prime to help launch a channel on the Movistar TV Network. This will be Channel Box Prime’s debut, and should render many inefficient and labor-intensive jobs unnecessary with its automated channel. The programming schedule will mirror that of Movistar TV Network.

NETFLIX FIGHTS LATAM PIRACY: According to a study by Grupo Radar, Netflix was more popular than the illegal torrent and streaming sites Popcorn Time, Pirate Bay and Cuevana. 22% of those surveyed claimed to have used Netflix, while two years ago, that number was at 4%. 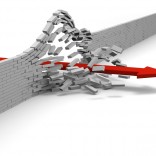 Will La Voz Daily Become the BuzzFeed or Vox Media of Latin Markets?