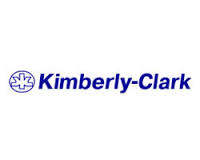 Mark Kaline, Global Media Director at Kimberly Clark, is no longer working at the Consumer Packaged Goods giant, Portada has learned.
When asked about the reason of Kaline leaving and whether there will be a replacement as Global Media Director, a company spokesperson told Portada that “Kimberly-Clark does not comment on personnel matters.”

We got it wrong! Fiore continues at Univision (at least for now)