Doing business in Brazil is not only good business, but very rewarding. Alas, it is no easy feat.

At least, that was the consensus during an afternoon session at the last day of the Latin American Advertising & Media Summit in Miami, where panelists, Brazilians and non-Brazilians, shared some light on what to do  -and not do- when doing business in Brazil.

“Brazil is very rewarding, but it is really difficult,” said Mario Cordon, the Guatemala-born CMO of Open English. “There are a lot of similarities with the U.S., but there are also lots of differences too.” Cordon, whose web-based course of English has been a success in Brazil, said doing business in the country is unlike doing business in the rest of Latin America. “Sometimes Brazil feels like a different continent; a place that just happens to be in Latin America.”

Other panelists included Gastón Taratuta, the CEO of IMS Corporate, a digital marketing agency that does work for high-profile American companies, including Twitter and Netflix. Taratuta, who is fluent in Spanish, Portuguese and English, also spoke of the differences between Brazilians and the rest of Latin America, and while he said speaking Portuguese is crucial to succeed there, the single most important thing is to find the right management team to operate locally.

Other piece of advice came from Diego Terán, managing director of MEC. “Brazil is not really one market. If you launch in Brazil, you have to pick your region; it’s more like doing business in the U.S.”

Panelists also touched on media and how Brazil -along with Argentina and Mexico- continue to be a TV-centric market. In Brazil, said Taratuta, 60 cents of every media dollar is taken by Globo; and Internet advertising has grown mostly because Globo didn’t want to focus on digital. An example on how small, dynamic agencies are helping change this landscape is IMS itself. According to Taratuta, when Netflix entered Brazil, it was going to allocate 80% of their media on TV and 20% in digital. “In the end, they ended up doing the opposite: 80% on digital and 20% on TV,” he said.

Among the advantages cited by the panelists of doing business in Brazil: 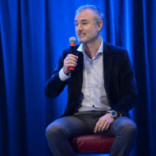