A lot is going on this week says Susan Kuchinskas including ‘how Hearst Tech partnerships make ad sales — and ads themselves — snazzier’, an Adsmovil-Pubmatic deal for programmatic, Sabado Gigante bidding adieu and more… 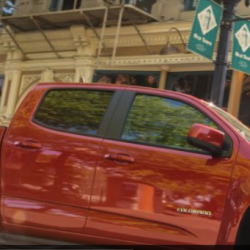 Print and Video: Better Together

Hearst Media put together an eyeball-grabbing campaign for Chevrolet that planted an actual video screen into print issues of Esquire and Popular Mechanics. Using Americhip technology, 10,000 subscribers of each publication got special print editions in which a Chevy Colorado truck ad began playing when they turned to that page. Chevy used Hearst’s consumer data to identify the best recipients of this pricey campaign. 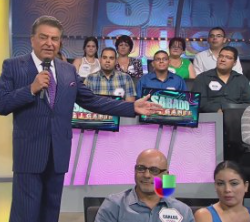 Mario Kreutzberger, host of Univision’s pioneering variety show Sábado Gigante, will soon hang up his act. After months of rumors that Kreutzberger, known as Don Francisco on the show, was ready to retire, Univision made an official announcement last week. According to Multichannel.com, the audience for the show, which premiered with Univision in 1968, frequently drops under 1 million. The Los Angeles Times noted that viewership among 18-to-35-year-olds, viewership plunged by 43 percent. And, with an increasingly fragmented Hispanic audience, the old-style, Spanish-language show was past-due for a refresh. According to the LA Times article, “When people think of Univision, they also think of ‘Sábado Gigante,’” said Lia Silkworth, managing director of Tapestry, part of advertising firm SMG Multicultural. Maybe that’s not such a good thing, as Univision prepares for an IPO. Sniffed Aura Bogado in The Guardian, “Latinos outgrew Sábado Gigante’s racism and misogyny long before it ended.”

The Spanish Broadcasting System signed on with WideOrbit to make its digital audio inventory available to demand-side platforms. WideOrbit‘s WO Programmatic is a fully automated, beta offering that let stations offer inventory through direct selling channels and ad network partners via its platform. The deal will include 13 of SBS’s owned and operated radio stations, including the top-rated US Spanish language station WSKQ-FM New York.

MiCasa and SimplyME Hook Up 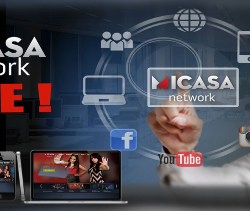 MiCasa Network, the Hispennial-oriented entertainment provider, has joined with SimplyME Distribution in a joint venture that includes content, distribution and ad sales. SimplyME is a media distribution company that works with independent content creators, and it will distribute MiCasa content across its network of cable and satellite TV companies. MiCasa,in turn, will spread SimplyME’s content. Collectively, they plan to reach more than 200 million English-predominant Hispanic households, with a generous helping of Millennials.

Adsmovil will use PubMatic’s programmatic solution for mobile ads to premium Hispanic publishers in the United States and Latin America. Alberto Pardo, CEO of Adsmovil, said the deal will allow the tktk to focus on developing relationships with publishers and advertisers, while PubMatic does the heavy lifting on technology.