Restaurants put money where the mouths are

While in general, marketers seem to underspend to reach Hispanic consumers, targeted restaurant spending has increased 11.4 percent from 2010 to 2014, according to the AHAA. At the same time, the restaurant category upped its aggregate Hispanic advertising spend by 68 percent to $559 million in 2014.

That’s just the smart thing to do: Acosta Sales & Marketing and Univision Communications released their latest Why? Behind The Buy U.S. Hispanic Shopper Study. It found that Hispanic shopping spending has hit a three-year high, and these consumers are optimistic about the future. The report said, “The Hispanic consumer expects to be earning more and is spending more, as evidenced by the fact that their monthly grocery spend is at the highest point in three years.” It also found that Hispanic consumers eat more meals than the general population and spend 53.2 minutes doing the grocery shopping. But you can’t cook at home every night, right? 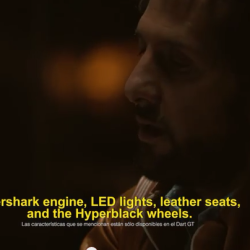 Dodge will release three TV spots for Challenger, Dart and Charger, all featuring Danny Trejo, star of Machete, From Dusk Till Dawn and Once Upon A Time in Mexico. Thirty- and 60-second spots will air on Hispanic media, as well as on YouTube and social media. The campaign, created “in partnership” with Lopez Negrete Communications, includes an original digital component: videos showing actors portraying customers taking test drives with Trejo playing car salesman.

Hispanic population growing but not as fast

A new study from Google and Ipsos MediaCT of 4,500 self-identified U.S. Hispanics confirmed many other findings that this group is highly digital and mobile. Seventy nine percent said they use search daily, and it’s their top online source for researching purchases. Plus, 66 percent of those who go online said they pay attention to online ads; this is close to 20 percentage points more than the general online population. From 2011 and 2014, the number of Spanish keyword searches increased from about 65 percent to 200 percent across categories such as auto, food, and beauty, although even Spanish-dominant consumers often use English online.

The hashtag began trending on Twitter on June 25, 1215, when it was added to a Twitter conversation about narrow beauty standards, cultural expectations, sexism, and racism, according to TakePart.org. #HispanicGirlsUnited was still in regular use following that weekend, as Latinas shared messages of empowerment.

#Hispanicgirlsunite Because my parents came into this country to have a better life, and now I’m going to graduate and repay them.

Meanwhile, the growth of Hispanics in the United States slowed, according to new figures released by the U.S. Census Bureau. It’s still growing, just more slowly.

Showing that neither his billions nor his fame give him license to insult, media companies pulled out of events and shows owned by Donald Trump. Univision said it would not air the Miss USA Pageant, partially owned by Trump, while Hispanic leaders urged NBCUniversal to do likewise and sever their financial ties with Trump. Of course, there’s a hashtag for that: #DumpTrump.