Kellogg’s Jon Suarez Davis: “I Would Love to be Able to Buy Ads on YouTube”

Jon Suarez Davis, VP Global Media Strategy at Kellogg Company, and a speaker at #PortadaLat which is taking place in Miami, would love to be able to buy advertising on YouTube. “We can’t because of their lack of third party verification. They do not allow third party tags,” Suarez told Portada.  Kellogg’s and other major marketers have been asking publishers including  YouTube to enable them to check viewability rates. 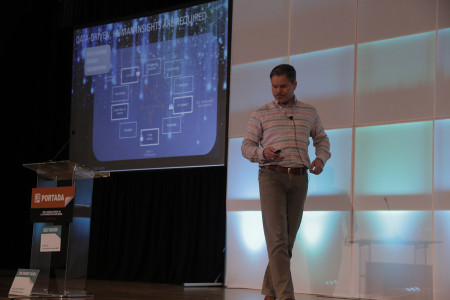 According to Suarez, Kellogg uses other platforms for online video including Brightroll and Hulu. The executive did say that Kellogg is an active partner with Google in other areas. He also understands that there are privacy and security issues that can make YouTube “walled garden” approach understandable.

I find Latin America fascinating from a media perspective.

Suarez Davis gave a much expected presentation on how his company builds brand leadership in a disruptive world. “I find Latin America fascinating from a media perspective,” Suarez, who is married to an Argentinean, said. At the base of Kellogg’s strategy is “Human understanding that leads to Consumer Insights.” His strategy is based on the three “Is” : Illuminate, Innovate and Iterate.  Suarez-Davis stressed the importance of Activation: “Activation is about bringing the idea to life. And our LatAm team particularly excells at it.”

#Portadalat: Pics from the Day One: Online Video Forum and Guvera-Telefonica Session