“Sports is going to be an important component but Mun2 will not be a pure sports Network,” Joe Uva, Chairman, Hispanic Enterprises and Content, at NBCUniversal said last night at a presentation during which NBCUniversal’s Telemundo kicked off the Road to the 2018 World Cup in Russia. mun2 is relaunching on February 1, 2015.

Uva’s assertion addressed the rumors in the marketplace about mun2 being relaunched as a pure sports network  (it would have been the fitth Hispanic targeted one after ESPN Deportes, Fox Deportes, Univision Deportes and BeinSports).

Mun2 is in an evolution and sports is an important part of that evolution.

mun2 is relaunching on February 1, 2015. Ruben Mendiola, President of mun2 noted that “mun2 is in an evolution and sports is an important part of that evolution.”
mun2 will also embrace the FIFA World Cup™ as it continues to deliver major sports properties including the Barclays Premier League (BPL), the NFL on mun2, the Rio 2016 Olympic Games and the NASCAR Mexico Toyota Series. 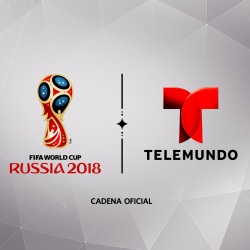