According to Comscore, Impremedia’s digital properties, along with Univision and Telemundo, have by far the most audience among Spanish-language news publishers in the U.S. Portada talked to Iván Adaime about opportunities in Spanish’-language publishing in the U.S., programmatic ad sales, SEO, social and more.

“Not a single news publisher —U.S. based or foreign-based— has more digital Spanish-language audience in the country than Impremedia, Telemundo or Univision,” Iván Adaime, CEO of Impremedia, tells Portada.

Having and monetizing owned-and-operated digital properties has its advantages versus the offerings of advertising networks and other intermediaries in the ad market. According to Adaime, “a publisher like us has an audience of its own. It’s an engaged audience that we reach by creating unique content that appeals to the U.S. Hispanic population. Being a publisher also gives you the ability to create custom content for advertisers and distribute it at scale. An ad network, on the other hand, is just a collection of unconnected foreign-based websites that you can buy directly using any programmatic channel, so its unique value proposition is, unlike in the past, becoming less appealing.”

Content is the main reason behind the 50% year-over-year growth of Impremedia’s audience in the last few years. “The main reason is our content. That’s the key investment on our end. Then you would have to add a clean and fast user experience to the mix. We do not use any interstitial and intrusive ads for example. Finally, we pay close attention to data and analytics. ”

Being a publisher gives you also the ability to create custom content for advertisers and distribute it at scale.

“If you have an audience at scale and the right ad quality metrics like viewability, programmatic is great. Actually, it is our main source of digital revenues”, Iván Adaime notes. With that said, Adaime still sees an opportunity for direct sales as there are a lot of clients that still prefer to do it this way, and some advertising categories that do not transact well in programmatic.

Spanish-Language Publishing is the Largest Opportunity

Spanish-Language SEO in the U.S.

As a publisher of Spanish-language content in the U.S, how does Impremedia navigate the SEO space? Is there less competition than for English-language keywords both in terms of SEO and SEM? According to Iván Adaime, search engine optimization is something that he pays close attention to. “There are very few US-based publishers but there’s plenty of competition coming from foreign publishers. We do not do any SEM because we do not pay for traffic. We only invest in creating quality content.”

Impremedia has close to 2 million fans on social media, who are a good source of the company’s traffic. Iván Adaime notes that Impremedia “does not pay to acquire fans, nor do we pay to promote our stories in those platforms. We only invest in creating the type of quality content that attracts our target audience. Newsletters are also a product that we pay a lot of attention to. We have over 300,000 subscribers that are actively engaged.” 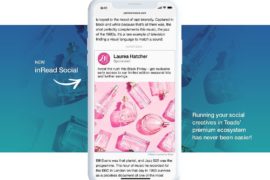