The case for Hispanic marketing just got (even) bigger. Yesterday’s executive order de facto increases the documented Hispanic population by almost 5 million consumers (95% of the undocumented population is Hispanic). While Obama’s executive order does not offer a permanent solution, it brings certainty and legality to millions of undocumented Hispanics. What are the marketing implications according to major players in the marketing and media space?

The U.S. will get its biggest immigration makeover in three decades in a step that is expected to eventually legalize some 5 million illegal immigrants. Any measure that makes it for the undocumented Hispanic population safer to live in the U.S. will have a positive impact on marketing. “I think the issue is that if the millions of undocumented come forward and instead of the U.S. Hispanic population being 17% of the overall population the percentage jumps closer to 20% we could potentially see an increase in advertising spending which we typically see right after census numbers are issued,” says Enedina Vega-Amaez, Vice President/Publisher of the Meredith Hispanic Ventures Group.
Enrique Arbelaez, co-founder and partner of advertising agency XL Alliance, cautions that while “the reported Hispanic population numbers will increase, we have always worked with the assumption that Census numbers are underestimated by at least 10%+,” .

If instead of the U.S. Hispanic population being 17% of the overall population the percentage jumps closer to 20%, we could see an increase in advertising spending which we typically see right after census numbers are issued.

XL Alliance’s Arbelaez notes that the executive order also” brings higher income opportunities. Living under the shadows limits the jobs they seek. Now these jobs and services will be expanded as they won’t fear giving away information. Think all types of Insurance, Financial Services and any other service that require personal information.” As an example of an opportunity Arbelaez cites supermarkets who have “an opportunity to increase loyalty card programs growth, which Hispanics don’t register for due to fear of giving info.” Penni Barton, publisher of Al Dia Texas in Dallas, says that “most of these immigrants are already part of the economy, but having access to better job conditions might translate to an improved economic status, and potentially higher purchasing power. In the short term sectors like the legal counseling will see a constant trickle of customers that need representation to apply for this protected status. In the long term, we suspect that many of these immigrants will formally settle roots in their communities (thanks to the protection measure) and start buying homes, investing in higher education, and starting their own businesses. This is usually the case – legal certainty leads to stability and progress.” “We may see increased mobile/digital usage as this group of 5 million gets access to credit,”adds Lee Vann, CEO and Founder of Digital Ad Agency Captura Group.

Unfortunately marketers tend to stay in the sidelines because immigration reform is a divisive topic. I believe that if your company or industry is reaping the benefits from Latino consumption sales then you should take a stand to show gratitude and gain the loyalty of this desirable consumer.

The addition of almost 5 million documented Hispanics to the population also means that the Spanish-dominant share of the Hispanic population will increase and somewhat counterweight the growth of the English-dominant population. Al Dia Dallas’ Penni Barton notes that “in markets like Texas and other border states the majority of the potential beneficiaries of this measure are Spanish-dominant Hispanics.” “After all, the nature of a Hispanic immigrant is that Spanish is their first language,” says Enrique Arbelaez from XL Alliance . He cautions, however, that the media consumption habits of these Hispanics  may not necessarily change because of their new legal status.

Lucia Ballas-Traynor, Co-Founder & EVP, MamásLatinas, suspects that the majority of the undocumented immigrant population is Spanish-dominant. However, she claims that “every Latino has been affected by the inaction around immigration reform. Most Latinos have a friend, family member, neighbor, colleague or employee who is undocumented. Our extended definition of familia means it affects Latinos of all acculturation levels.” Ballas Traynor adds that “until undocumented immigrants receive long term legal status I don’t think their media consumptions habits will dramatically change. If their legal status changes permanently then I think digital media – social, e-commerce and other channels will see a greater degree of participation as they come out from the shadows.” Similarly Captura Group’s Lee Vann notes that “Of course these immigrants will have access to better jobs, loans and be able to travel more freely which will have a positive impact on the economy, if you think about it, the 5 million undocumented immigrants have been integrated into the economy, consuming content, viewing ads and purchasing products.”

It is important to take into account that Obama’s executive order is temporary in nature and not really a long-term comprehensive plan. Says Al Dia Texas’ Penni Barton: “While it lends a helping hand to some, it is not a comprehensive solution to the general issue of illegal non-authorized immigration.”

Mama’s Latinas Lucia Ballas-Traynor agrees with Barton, “until we have long term and comprehensive immigration reform I don’t think there will be a significant impact on Hispanic marketing. President Obama’s executive action is shielding undocumented Latinos from deportation and providing temporary legal status which will allow Latino families to remain united. However, his plan does not seem to provide a pathway to citizenship and most importantly no entitlement to federal benefits such as health care. I hope his move promotes Congressional action around the issue of immigration reform which has been at a standstill for decades.”

Obama’s Executive Order
Under the plan announced last night by Obama, undocumented immigrants who have lived in the United States for five years or more, have children who are citizens or legal residents, formally register, pass a criminal background check, and are willing to pay their “fair share” of taxes will be able to stay in the country without fear of deportation. The rules could impact up to 5 million of the more than 11 million undocumented immigrants believed to be residing in the U.S. The crux of the White House’s plan is to protect undocumented parents of children born in the US from deportation. It would also expand a program created by the administration in 2012 called Deferred Action for Childhood Arrivals, or DACA, which allows young people who were brought into the country as children to apply for deportation deferrals and work permits. The plan would extend eligibility to people who entered the United States as children before January 2010 (the cutoff is currently June 15, 2007). It would also increase the deferral period to three years from two years and eliminate the requirement that applicants be under 31 years old. About 1.2 million young immigrants are currently eligible, and the new plan would expand eligibility to approximately 300,000 more. 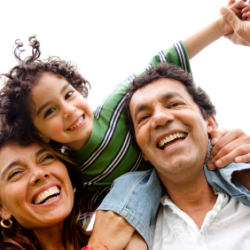 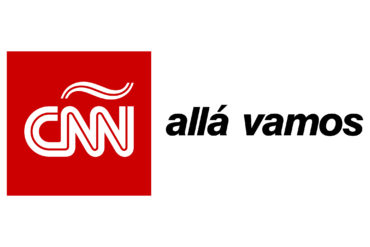 Register to CNNE’s Virtual UPFRONT: Get a First-Hand Look at What CNNE Has in Store for Fall 2021-2022 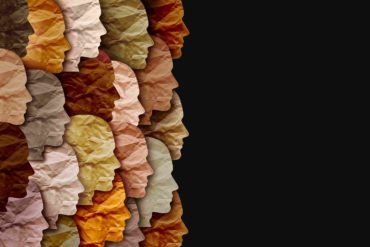 How El Nuevo Dia Caters to the Puerto Rican Diaspora in the U.S.