Anhelo Reyes is joining Fusion, the new network for Hispanics from ABC and Univision, as the network’s first Vice President of Marketing.   Anhelo will lead all branding, marketing and promotion. She is based at our headquarters in Miami. Most recently, Anhelo was Nickelodeon’s vice president for strategic property planning and marketing, where she was responsible for the launch and long-term strategic marketing plans for three of the company’s most important properties – SpongeBob SquarePants, Teenage Mutant Ninja Turtles and Winx Club.

In addition, Fusion announced that Mark Lima is its new Vice President of News. A 25-year news veteran, Mark was most recently part of the team at “Nightline” that made the show the #1 program in late night and won a prestigious Peabody Award for coverage of Superstorm Sandy. At “Nightline” Mark was responsible for developing stories and leading digital and social media integration. His experience has been invaluable to Miguel Ferrer and the Digital team as Fusion charts a course for close collaboration between digital, social and television news coverage. Mark spent four years in Los Angeles as deputy bureau chief for ABC News.  He managed day-to-day coverage of news assignments for the western bureaus and won a pair of Emmys in 2008 for reports on the fires sweeping through Malibu. 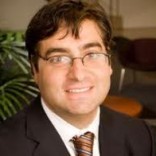 Digilant’s Ed Montes: “Efficiency is too often used as a proxy for low cost”