David Lawenda has joined Facebook as VP, Global Sales, US, and will be reporting to Carolyn Everson within the Global Marketing Solutions team. Lawenda is now the leader of the US sales team at Facebook, overseeing sales and marketing relationships with the leading brands and agencies in the country. Lawenda, a Georgetown University graduate, began his career at DDB Needham. Before joining Facebook he worked at Univision, where he led sales and marketing for all of the broadcaster’s media assets,

Jeffrey Duque is the new Group Publisher of the Magazine Division at ImpreMedia.

Rafael Lima  is the new Digital Marketing Director at Multiplica based in Miami.

Fusion announced that veteran journalist Isaac Lee will become Chief Executive Officer effective immediately. In this new role Mr. Lee, who will continue to serve as President of Univision News, will be responsible for all programming and business aspects of Fusion. Randy Falco, President and CEO of Univision Communications, Inc., stated “Isaac is one of the most creative executives I know. His innovation and commitment makes him the right person in this expanded role.”Fusion is launching on October 28; its digital platform will launch October 21. Fusion is a joint venture between Univision Communications Inc. and the Disney/ABC Television Network.

Emilio Romano is leaving his post as president of TelemundoMedia. Romano has been Telemundo president since 2011. Prior to that, he held positions at airline Grupo Mexicana de Av.iacion and at media company Grupo Televisa. In his role as Telemundo president, he oversaw the broadcast network, stations, news, sports and the entertainment division, as well as Telemundo Studios. While a search for a replacement is being conducted, Joe Uva, chairman of Hispanic Enterprises and Content for NBCU, and former Univision CEO, will be overseeing Romano’s former responsibilities

Todd Siegel, was named executive VP, international sales and partnerships U.S. for Fox International Channels. In that role he will spearhead efforts to build global ad sales partnerships with U.S.-based clients for Fox International Channels and National Geographic Channels International. He will be based in New York and work closely with FIC’s existing ad sales leaders Deborah Armstrong in Europe, Hector Costa in Latin America and Simeon Dawes in Asia-Pacific. Siegel was most recently head of integrated sales and marketing for Fox Sports Media Group. Prior to his nine years at Fox, Siegel held ad and marketing positions at Screenvision, Discovery Communications and MTV Networks.

Atif Rafiq  was named to the newly created position of chief digital officer at McDonald’s. He was most recently general manager of Kindle Direct Publishing at Amazon.com. Prior to that he worked at Yahoo, where he was involved in global product strategy for the Y! News division. He has also held positions at AOL and Goldman Sachs.

Farid Sadri has been named Director of Operations at CONAC, Concrete Accessories Inc. 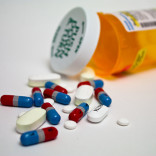