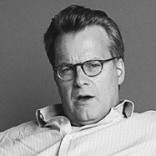 Fusion, the joint Hispanic network from ABC News and Univision, this week made another senior executive hire, appointing Billy Kimball as svp and chief programming officer. He will be based in Miami.

Kimball’s resume includes the production of Comedy Central’s Indecision ’92 and nine Independent Spirit Awards shows. He also wrote several episodes of The Simpsons. He was also the founding executive producer of The Late Late Show with Craig Kilborn in 1999 and was EP of The Al Franken Show on Air America Radio and Sundance Channel from 2004-07.

Sounding Off: Riccardo Tafa: “Can Sports Hospitality Be an Effective Marketing Platform?”