What: Ziff Davis’s Askmen.com is introducing a Latin Lifestyle Destination called Hermanos, Pernod Ricard’s Chivas brand is the presenting sponsor.
Why it matters: A Ziff Davis is a major publisher of tech and men oriented digital media. A Ziff Davis spokesperson tells Portada that a Spanish-language edition of Askmen.com is a target for 2014.

Online Men’s site AskMen.com  revealed its new Latin lifestyle destination, Hermanos. Launching with premium partner Chivas, Hermanos is a digital platform, offering a fresh new way to reach Hispanic men who are passionate about life. Hermanos’ launch articles center around the theme of chivalry and the experience of being a modern gentleman. “With Hermanos, we wanted to create an environment where Hispanic-American men could come to find relevant, engaging content that matters to them,” says Armando Gomez, AskMen’s Sr. Director of Advertising. “To ensure that level of commitment to relevant, quality content, Hermanos is powered and curated by America’s top young Hispanic minds and forward-thinkers.”

A Spanish-version of AskMen is a target for 2014.

“AskMen.com has over 17 million unique visitors per month, internationally,” LaPlante adds. Regarding traffic expectations for the Hermanos site, LaPlante notes that “With our audience’s demand for such content, we expect great momentum over the next few weeks. However, it’s still too early to predict accurate numbers.”

LaPlante adds that “Ziff Davis has a growing licensing network with local media specialists in their own language, with a Spanish version of AskMen a target for 2014. We already publish the games site IGN in Spanish with Marca.”

In 2012, in collaboration with Spain’s sport newspaper and website Marca, owned by Unidad Editorial, IGN Spain was introduced with premium gaming and entertainment for 18-34 year old Spanish men. IGN and Marca expects in the long run  to eventually release another Spanish IGN website specifically for the pan-regional, Spanish-speaking gaming community in Latin America. 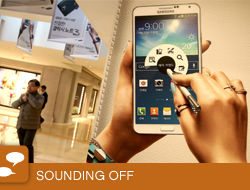