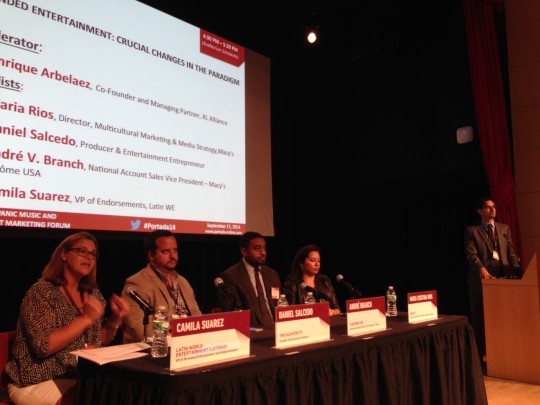 #Portada14 kicked off with the Hispanic Music and Entertainment Marketing Forum in New York City’s Scholastic Auditorium. One of the most striking insights obtained by attendees was when Camila Suarez, Head of Endorsements at LatinWe.

Camila Suarez, Head of Endorsements at LatinWe, said that “brands now have to adapt to celebrity content and not the other way around.” Suarez’s comments reflect the shift in power between entertainment stars, brands and media properties brought by the popularity of Social Media.

Macy’s Maria Rios noted that Social Media influencers are having an increased role in Macy’s multicultural marketing strategy. The giant retailer is using 3 social media influencers in the Music space to connect with Hispanic audiences in the current Hispanic Heritage Month.  Rios highlighted that in order to reach out to Multicultural Milennials the use of digital and social media is crucial. 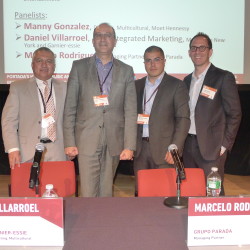 #Portada14: A Politician, a Beauty Blogger? Who will be a Social Media Star in 5 years?