Last week the TV upfront and digital NewFront  season concluded in New York City. A lot of buzz, schmoozing and wining and dining.  But there were some salient news and trends that will shape broadcast and advertising  over the next 12 months. Here are 8 important facts, lets’ take a look.

1. Stability is the New Black

Last year, television’s take at the upfront declined 3% to $17.8 billion, according to data from research firm Media Dynamics. Network sales executives present at the upfronts said that  some of the marketing dollars that shifted to digital video advertising are coming back to TV, and that’s good news after two straight years of revenue declines in the upfront market. Rino Scanzoni, chief investment officer of GroupM, the world’s largest buyer of TV advertising time, expects upfront spending to be up 4% to 5% from last year, which would put the revenue over $18 billion again. He believes much of that increase will come from advertisers that spend their money on upfront ad time instead of holding back to get a better deal on pricing once the TV season begins.
Despite news such as Interpublic’s Magna Global/YouTube US$250 million deal for Magna’s clients to run on YouTube, the TV ad market is very resilient. TV scatter sales were very strong during the fourth quarter of 2015 and observers claim that this trend positively impacted the 2016 upfronts. Some media buyers think that broad media reach, like the offered by the big broadcast networks, continues to be very important. “It’s tougher and tougher in a fragmented world to get a rating, but when you do, you get rewarded significantly,” NBC Universal’s CEO and President Stephen Burke told Variety.

2. Consolidation out of  Financial Reasons…

Many broadcast conglomerates consolidated their upfront events partly out of financial reasons, but also, particularly for those targeting Hispanic also as a  reflection of the Total Market approach (see below). So
the 20th Century Fox TV private reception was folded into the Fox party as the two units are now under one leadership.

3…and the Total Market approach 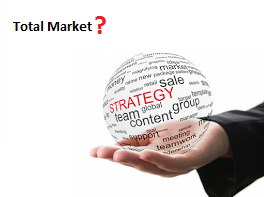 For networks that target Hispanic and multicultural audiences in a big way, the consolidation of upfront functions is also a reflection of the Total Market Approach.  ESPN and ESPN Deportes merged its usually separate upfront week presentations into one as the two networks’ teams have been integrated. The NBC’s upfront on was not only about the broadcast network.

NBC Univeral also  included all its TV platforms in one presentation, including Spanish-language networks (Telemundo and NBC Universo) and cable networks (from Bravo to Syfy).

Sports live programming giant ESPN is promoting its product against the fierce competition of OTT providers by doing just that: touting its live broadcasting and streaming rights.   A new series of ads from ESPN aims to prod viewers to choose watching ESPN live rather than streaming a movie, scanning a social-media site for friends’ birthdays or sharing pictures of food. The idea is to seed in viewers’ minds the notion that ESPN content is fresh, live and perishable, while new-media activities on smartphones and tablets can always be done later.

5. The Power of Soccer

Because of the Hispanic audience’s love for soccer, this sport is a huge draw for many networks. So Azteca

America continues to portray itself as  ‘La Casa del Futbol Mexicano,’ with the airing of home matches of the most dynamic teams of the First Division League. Our viewers are passionate about their favorite Mexican teams and they know they can count on Azteca to provide them with the best play-by-play transmissions by some of the most renowned names in the business including Christian Martinoli and Luis Garcia, along with some of the top sports analysts in Mexican soccer,” Manuel Abud, president and CEO of Azteca America, told Portada. Cable sports network beIn carries many broadcast rights for major leagues, including Spain’s La Liga, the British Premier League and many more. This year it also added number of other sports, including American football. At its upfront presentation  the network announced a new deal with Conference USA to air college football and basketball beginning in the fall. BeIn will also add a handful of other non-soccer sports over the course of the next year, including the Women’s Tennis Association, mixed martial arts (MMA) and MotoAmerica, a motorcycle racing series looking to give the sport a boost in North America. Telemundo will launch a mobile, sports-focused site with Vox’s SB Nation to “fulfill the wants and needs of millennial Hispanic lovers of soccer, mixed martial arts, boxing and more.” To start off the site, editorial content will focus on the FIFA World Cup Qualifiers, Liga MX, NFL and UFC Fight Night. The site will introduce a mix of existing content from SB Nation and Telemundo, as well as new original content.

The big question remains. Will Telemundo and Univision and ther broadcast giants be able to grow enough digitally to substitute declining off-line dollars.

Univision brought to life four content verticals: Sports, Comedy, Music and Drama. Univision (UCI) also enables advertisers to leverage premium inventory, including new fall programming, at scale and in each content vertical, as part of an expanded programmatic buying effort across both digital and linear platforms. Univision also announced seven new comedies  and eight new drama series for next season. “By organizing around key content verticals, UCI is now offering marketers a new way to do business that will allow them to target UCI’s audiences more systematically and leverage the estimated 81 million average monthly unduplicated media consumers UCI reaches across its media portfolio — a reach that has grown by more than 40% since first quarter 2015 as a result of acquisitions, partnerships and strategic investments,” the company said.   “Univision is evolving to be a media company of the future, with more catered programming and advanced offerings that better position us to reach a rapidly evolving consumer marketplace,” said Univision President and CEO Randy Falco.

The NBCUniversal Telemundo network is jumping on a new strategy to target a younger audience. It is

partnering with popular digital publications that already have a strong millennial following, like Mashable, Vox, Tastemade and Buzzfeed. During a May 12 pre-upfront press conference in Manhattan, Telemundo said they want to attract what it calls Generation M: mobile, multicultural millennials. That means young, bilingual Hispanic
Americans. Telemundo and Tastemade will develop “food-centric videos” for Snapchat Stories and other social platforms. Mashable and Telemundo will expand the network’s El Pulso news and information vertical to include a weekly “Facebook Live” show. The series will focus on the “latest technology social chatter among Latinos and highlight the most viral, unforgettable trends, plus unearth hidden digital treasures from Latin America and the U.S. Latino community.” Additionally, the network is working with Buzzfeed to create a short-form series called “Much Ado About Nada,” which will blend Telemundo’s telenovela production capabilities with Buzzfeed’s publishing and distribution experience. The series will offer weekly episodes in English across multiple Buzzfeedand Telemundo platforms.

Of course, the big question remains. Will Telemundo and Univision as well as other broadcast giants be able to grow digitally as much as to substitute the declining off-line dollars?

Cinema advertising company National Cine Media, which operates NCM Media Networks which displays ads to U.S. consumers in movie theaters, online and through mobile technology attempts to put some traditionally broadcast dollars to work at its network.A their upfront presentation, NCM unveiled a new branding effort — it’s calling itself “America’s Movie Network.” It will enable advertisers to reach demos to be offered in packages such as the NCM Hispanic network, the NCM African-American network, and the NCM High Income network.