Quaker Oats, a division of Pepsi Co. is preparing to court younger, more diverse mothers, The New York Times reports. The big news for the Hispanic market is that Quaker is also starting a new campaign  geared toward acculturated Hispanics who are bilingual but use Spanish as a dominant language.

Spanish-language television ads made their debut on Dec. 31 on networks including Univision, Telemundo, TeleFutura and Azteca America. Newspaper coupon inserts will be delivered in ZIP codes that have large Spanish-speaking communities, Mr. Lambeth said. It is the first time Quaker has done an integrated campaign for a Hispanic audience, Justin Lambeth, chief marketing officer for Quaker Foods North America, said. “We’re not just doing one Hispanic TV ad,” he added.

It is the first time Quaker is doing an integrated campaign for a Hispanic audience. 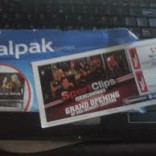