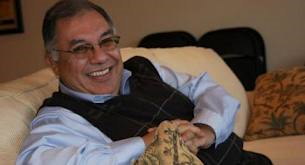 Ezequiel “Zeke” Montes, president of NAHP, passed away last Tuesday January 29, 2013. Montes was a pioneer in Hispanic print media and a crucial leader in the history of the National Association of Hispanic Publications (NAHP). Throughout his career Montes was a very strong, generous and insightful advocate for Hispanic communities nationwide. He was also a very early and enthusiastic supporter of Portada. In the below article, Kirk Whisler, president of Latino Print Network, and friend and business associate of Mr. Montes reminisces about Mr. Montes career and his love for publishing and the Hispanic community.

We lost a great person and an amazing leader  with the passing of Zeke Montes on January 29, 2013. Often great leaders are not very nice people. They sacrifice being nice or being liked to get things done. My compadre Zeke had the ability to be both a great leader and an amazing person.

Zeke Montes was the most giving person I’ve ever met. He was always the first to volunteer to help for anything – and the first to pick up a check. Everyone remembers him as such a positive, energetic, happy person. So full of joy. So committed to seeing the entire Latino community get treated with the respect that it deserves.

Zeke is legendary for his commitment to the National Association of Hispanic Publications (NAHP) – and no one will or could serve more terms as President than the six terms he served. He was elected as the second NAHP President in 1986 and served three terms early in the NAHP history when board members were elected to one year terms (1986-1989). His many accomplishments from this period include the NAHP joining HACR and other key national organizations, the NAHP Group Buy program grew, the start of what is today the José Martí Awards, the NAHP gave it’s first scholarships, and our first convention in Mexico.

From 1999 to 2003 he served another 2 terms during a major growth period for the NAHP. During this time the NAHP had one of its most memorable events when future President of Mexico Fox and Edward James Olmos were at the same lunch and both gave amazing speeches. We were all spellbound as to having witnessed history.  During this time period the NAHP grow to its largest number of members and largest conventions.

He was in the final year of his final two-year term (2011-2013) when we lost him. While others have devoted meaningful time to the NAHP and the development of Hispanic Print – Zeke devoted his life. Right up to going to the hospital for the final time Zeke was concerned about keeping Hispanic Print and the NAHP growing and moving in the right direction. Zeke was also active on other national boards like HACR, Hispanic Association on Corporate Responsibilty. HACR is key to negotiating with Fortune 500 companies and the HACR board is composed of the leaders of the most important Latino organizations. His leadership there was critical to a number of important national issues effecting the Latino community. Zeke had the rare quality of making everyone he meet feel important – from waitresses and the readers of Tele Guía to corporate CEOs and Presidents, and he met at least 15 presidents of the United States, Mexico, or another Latin American country.

As soon as Zeke and I meet over the phone in 1982 I was impressed with the man – and instantly felt like I’d know him for years. When I went to Chicago shortly thereafter he had his entire family at the airport to meet me. Over the years Zeke and I traveled together to over 50 cities around the USA, Mexico and the Caribbean to talk about the many benefits and qualities of Hispanic Print. Zeke always provided the emotions and honesty that came from his years as a publisher. These trips were all work from the 8 in the morning till 10 or later at night. During these years we saw the circulation of Hispanic newspapers and local magazines grow from 3 million to 19 million – and Zeke was a very key part of the growth.

Zeke was a very successful publisher with publications like Tele Guía, Guía Telfonica, and their various websites and newsletters; but I have to believe that he would have been even more successful if he hadn’t spent so much time trying to help those publications smaller than his also succeed. He wanted the tide to raise ALL the boats, was never happy if only a few were going to succeed. Zeke was truly a WE person, not a ME person.

In 1997 Edward James Olmos and I cofounded the Latino Book & Family Festivals with our first festival in Los Angeles. Zeke was, of course, there wanting to do a similar event in his beloved Chicago. Within 2 years Zeke had created the Chicago Latino Book & Family Festival. At the first Chicago festival in November 1999 at Sportman’s Park Eddie Olmos’ daughter had never seen snow before. It was snowing, and his daughter got so excited that she rushed out and was licking the snow of the bumper of Zeke’s car. Luckily we stopped her before her tongue stuck to Zeke’s bumper. With the 13 Chicago Festivals held since then a total of 278,000 people have attended these wonderful events. The 14th Chicago Festival is on April 6 and 7 at Unity School in Cicero.

Although Zeke didn’t look like much of a dancer, I saw him win dancing contest in both the USA and Mexico. Zeke was an eternally HAPPY person, and dancing made him happy. He loved his music and had worked as a musician earlier in his life.

I know how happy Zeke was to fulfill his promise to take my comadre Rose to Paris last year. He loved traveling with his beloved wife as well as with his children and grandchildren. Zeke was never happier, as all of you know, than when he was surrounded by family and friends. Zeke was so proud of each and every grandchild as they went from energetic children Logan, Lucas and Kayla; to active and bounder testing teenagers Christopher and Aaron to, with the older ones, wonderful young ladies Amanda, Brittney, Ashley, and Nicolete.

Zeke was also extremely happy that his children Patricia, Christina, and Steve are all now working & managing the publications. It truly was his dream to have them carry on with the efforts he and Rose started nearly 30 years ago.

For 30 years Zeke and I rarely did anything without consulting each other. We often talked of what we’d be doing in future years and we all looked forward to when Zeke and Rose would be in retirement and come to spend 2-4 months every winter with us out in Carlsbad. That wasn’t to be – I feel like I’ve lost my right arm with the loss of my best friend.

A bilingual website has been created to share remembrances of Señor Montes at http://www.ilasting.com/zekemontes.php. The NAHP has also set up a fund in his memory. Please go to www.NAHP.org for more information.

Telemundo’s Romano: “We look forward to working with Joe Uva” 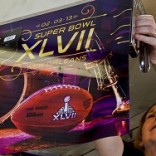