impreMedia’s Juan Varela: “We are trying to redefine the concept of a quality popular Newspaper.”

impreMedia’s New York daily newspaper El Diario just revealed a new editorial design and format. Portada asked Juan Varela, VP Content at impreMedia and the brain behind the redesign, about the “new” El Diario. Varela joined impreMedia as VP of Content in 2013. In this role, Varela is responsible for content creation across all of impreMedia’s platforms including newspapers, magazines, custom publishing and digital properties. El Diario currently has a weekday circulation of 35,000 and more than one million unique users on its website as well as more than 300,000 fans on Facebook.” 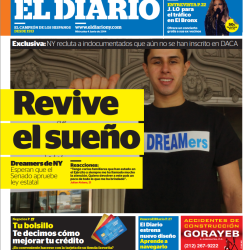 What type of digital and print properties should a Hispanic community publication like New York’s El Diario have? Juan Varela, VP Content at impreMedia seems to have the answer. “We are trying to redefine the concept of a quality popular newspaper. We took the best of tabloid press in the US with the experience of the reinterpretation of popular tabloids specially in Latin America. But today print design is as important as the experience in mobile apps and tablets. We are trying to cross borders between print and digital and merge the news needs with the impact and colorful experiences of mags and their reinterpretation in tablet design.” One major question relating to any newspaper redesign in the digital age is whether the editorial design fits with the online design. According to Varela, “it is more a question of content architecture and structure, not only design. The new print newspaper leaves the section concept and adopts a dynamic structure around topics with hashtags. This is the same structure and navigation compared to digital. We are building a unique experience for our audience and speeding up the convergence in the newsroom.We are rethinking the newspaper from mobile and social networks to achieve the same reader experience in print and digital. Our journalists are producing a lot of content digital first in our sites and in social networks, and afterward we use this content to publish the paper.”

It is more a question of content architecture and structure, not only design.

Varela adds that the new “El Diario tries to take advantage of digital formats and shows contents and news with the same dynamic navigation and using resources that readers use everyday with their mobile phones, social networks and other devices.”

Stag is the new Font

Varela notes that the new font is Stag, a very contemporary and modern typography with a lot of versatility to produce different digital and print products.”Stag is a reinvention of the old Egyptian families of types and a strong and modern look. Legibility is one of our obsessions and these are fonts with a great distinction, combination of soft and strong forms and a large x-height. (In typography, x-height is the distance between the baseline of a line of type and tops of the main body of lowercase letters The x-height is a factor in typeface identification and readability.)

Varela notes that the “new El Diario adds more non traditional ad positions to maximize ad effectiveness with better integration with editorial content.” Will other impreMedia newspapers and websites  such as La Opinion in Los Angeles  be doing similar changes?

This new structure and design allows us to gain productivity with people working digital first in several newsrooms and adapt common content for local experience.

“Yes, we have been working on a flexible content structure for our daily newspapers to produce a similar experience with different look & feel, Varela notes.. “La Opinión and El Diario have different audience and different needs in terms of reader experience and how to show content. But this new structure and design allows us to gain productivity with people working digital first in several newsrooms and adapt common content for local experience.”

A career in Spanish-language Journalism 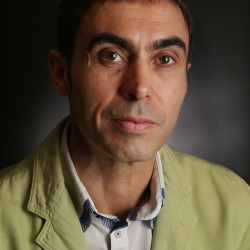 Juan Varela  has more than 20 years of editorial, news and content creation expertise. Prior to joining impreMedia, he was a journalist, columnist and business and editorial consultant. He has worked with more than one hundred media organizations in twenty countries across Europe and Latin America as the owner and director of the media consultancy Mediathink.Varela was previously a media columnist with ElDiario.es in Spain from 2012-2013. He has authored the media and journalism blog Periodistas 21 since 2002, and in 2004, the blog received The Bobs Prize of Deutsche Welle, recognized as the best media blog in Spanish. Varela was a columnist forEstrella Digital, a national news website in Spain from 2008-2012 and a columnist at Soitu.es, aMadrid-based news website from 2008-2009. He was the founder and executive editor of the news website ADN.es in 2007 and worked from 1999 to 2005 with Vocento, the main group of Spanish newspapers, to develop a multimedia plan to transform eleven regional newspapers in powerful multimedia news brands.Varela served as a columnist for the Spanish edition of Foreign Policy from 2004 to 2012, the research magazine Telos from 2005 to 2011, Cuadernos de Periodistas – the professional magazine of the Madrid Journalist Association – from 2005 to 2013, as well as other newspapers and magazines. He served as the managing editor of the national newspaper Diario 16 from 1995-1997. Additionally, Varela was both the managing director and art director of El Periódico de Catalunya in Barcelona from 1992-1995. From 1993-1995, he was the associate editor of Grupo Zeta, an owner of magazines and newspapers such as El Periódico. From 1990-1992, he was the founder, art director and managing editor of El Sol. From 1996-1999, Varela was CEO and General Manager of Mediacción Consultores, S.L., a news consultancy specializing in content, product, news business, newsroom organization and design. Varela is the author of two books, Blogs. La conversación en internet que está revolucionando medios, empresas y a ciudadanos, and La blogosfera hispana: pioneros de la cultura digital, both of which published in 2005. 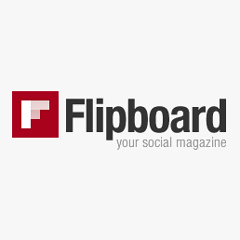 Will Flipboard make it in the U.S. Hispanic market?