What: Alexandra Villoch was named new president and publisher of the Miami Herald Media Company,which publishes The Miami Herald and El Nuevo Herald, to be effective this month.
Why it matters:She will replace David Landsberg and become the first female publisher in the Herald’s 110-year history and the third Hispanic in that role. 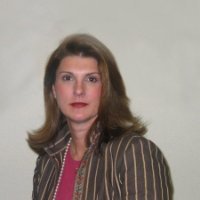 Alexandra Villoch is the new president and publisher of the Miami Herald Media Company, which publishes the Miami Herald and the Spanish-language El Nuevo Herald newspapers,to be effective this month.

Villoch will be replacing David Landsberg, who has resigned to become president and CEO of Goodwill Industries of South Florida. She will be the first female publisher in the Herald’s 110-year history and the third Hispanic in that role,according to Miami Herald.

Prior to joining the Herald, she worked for United Airlines as its general manager for Miami International Airport and the Caribbean

She was born in Havana, Cuba, and moved to the United States with her parents when she was 2. She graduated from Miami Dade College and earned a bachelor’s degree in political science and a master’s in business administration from the University of Miami. She is married to Cesar Mendoza, a McClatchy Company IT employee. They have four children.

“I look forward to working with all of you to carry out our mission of serving our diverse and vibrant community with credible, dynamic and high-quality journalism,” Villoch said. “We know that what we do makes a difference to our community: We celebrate and recognize the best, and we shine light on those dark areas the way no one else can or does.”

Time Inc. is planning to use spin-off debt to acquire IPC Media