Major Radio networks have censored Pizza Patrón advertising that carries the word “Chingón”.  In fact, none of the stations agreed to run the spots without bleeping the word “Chingón.” “Networks like Univision and CBS Radio refused to run the spot entirely, even with the word censored – they claimed that they were fearful of potential FCC penalties,” Yousef Kattan FernándezPresident/CEO/Founder of Dallas based TruMC, the agency that buys media for Pizza Patrón, tells Portada. The networks decision has come just three weeks ahead of the radio spots’planned premiere on March 31.

Major radio networks including Univision Radio and CBS Radio have refused to run Pizza Patrón spots, the Spanish language ads feature different personalities who expound why they are “chingón” enough to try the company’s spicy new Limited-time-offer-pizza, named La Ch!#gona.   In Mexican street slang chingón is “said of a person who is competent in an activity or knowledgeable in a specific area.” 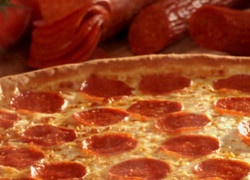 How is Pizza Patrón’s media plan going to change as a result the radio networks “censorship’? Yousef Kattan, head of TruMC, the agency that plans and buys media for Pizza Patrón notes that they have partnered with other radio stations for the spot: “Colloquialism or “picardía” (street-wise humor) and “censorship” are common traits in Mexican culture that all Mexicanos can relate to in their hearts. We partnered with station groups that could obviously run the creative, and we’ve hand selected talent in each market to represent the Pizza Patrón brand to its core, Mexican-born customer base. These on-air personalities are Mexicanos who speak the way the brand speaks, not apologizing for who or what they are and that know how to have fun with the subject.”

These same networks regularly feature songs and talk-show dialogue that is much more risqué than anything we are doing.

If Pizza Patrón plays its cards right, the pizza chain may save ad dollars by getting much more buzz and popularity out of the controversy in social media than it would have airing the ads in the radio networks that are censoring it.
Popular comedian and talk show host George Lopez, whose stand-up comedy examines race and ethnic relations, including Mexican American culture, tweeted the following to his more than 1.9 million followers yesterday.

“At this point, we hope it stirs productive discussion on what it means to be Mexican in the U.S. today. The vast majority of feedback we’ve heard from customers who were interviewed about the concept at the stores has been very supportive. The truth is, it’s how us Mexicanos talk, it’s how we relate to certain situations or subjects,” says TruMC’s Kattan. 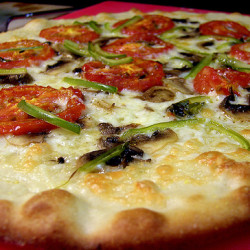 “The decision to ban the spots over the name La Ch!#gona doesn’t make much sense to us,”Andrew Gamm, brand director for Pizza Patrón, said in a news release: “We are being selectively censored to protect Mexican listeners from so-called potentially ‘offensive’ language. These same networks regularly feature songs and talk-show dialogue that is much more risqué than anything we are doing.” “Each station group has their right to accept or decline creative. Personally I love it, its creative that’s tailored to focus on how “mexicanos” talk, its who we are,” TruMC’s Kattan notes. Richards/Lerma, the Dallas-based Hispanic branding and creative agency, was hired by Pizza Patrón and asked to create spots that speak “Mexican” to the brand’s core, Mexican-born customer base. Aldo Quevedo, principal and creative director for Richards/Lerma, defended the strategy behind the ads saying, “Mexican slang and humor are very particular, and we applaud Pizza Patrón for connecting with their core consumers at a very deep level, avoiding stereotypes.”

For an interesting take on the subject read Laura Martinez’s  “Pizza Patrón and the double standard of U.S. Hispanic Media ” (Miblogestublog.com)