Analysis: Will there be enough Ad dollars for Fusion?

Fusion, the cable channel  joint venture from ABC-Univision, last week announced  it is launching on October 28. The new channel will launch in millions of households nationwide. Six of the nation’s biggest cable distributors have already agreed to carry the network, including Cablevision, Charter, Cox, AT&T U-verse, Verizon FiOS and Google Fiber. When asked by Portada which advertisers are confirmed for the new network, a Fusion spokeswoman said that they “will be announced in the weeks ahead.” Portada’s editorial team tried to answer 5 questions about Fusion’s advertising revenue potential. Here is our take.

Do media buyers and planners realize that reaching the Hispanic population does not necessarily mean to buy Spanish-language media?

1. Are media buyers interested enough in English-language Hispanic media as to sustain Fusion? 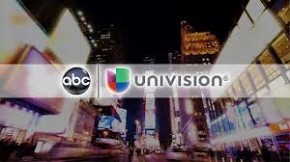 The big question here is whether English-language media targeting Hispanics is currently attracting enough advertising dollars to sustain itself.  To be sure, there is potential: the demographic trends show that the bilingual and English-dominant sectors of the Hispanic population are growing. But are media buyers and planners already in tune with this trend? As market observers tell Portada, often media buyers react confused when told that buying Hispanic media does not necessarily mean “Spanish-language media”. For the success of networks like Fusion, to some extent, it seems that there needs to be a paradigm change in the way media buyers and planners approach the Hispanic market.

2. How have other new media properties targeting English-dominant Hispanics been received?

There are encouraging signs coming from the Hispanic magazine market.  “Most recent magazine launches have targeted English-dominant Hispanics”, says Carlos Pelay, president and founder of research firm  Mediaeconomics. “Last year Cosmopolitan for Latinas launched with 2 issues and has expanded their schedule to 4 issues in 2013.  Glam Belleza for Latinas – a supplement to Glamour magazine – has also launched.  Most of the new activity is targeted at acculturated, English-dominant Latinas as both of these high-profile launches have English-language editorial,” Pelay adds.  These new magazines have helped to propel the Hispanic magazine sector to its highest first quarter ad  revenue figure ever (US $49.1 million) since MediaEconomics started measuring Hispanic magazines in 2002.

3. Does Fusion face a tough competition from other bilingual and English-dominant media targeting Hispanics?

This is really a David against Goliath situation. Fusion is the new 800-pound gorilla among English-dominant media targeting Hispanics. Fusion even dwarfs  NuvoTV, which recently got a US $40 million cash infusion and announced that Jennifer Lopez would contribute content.   In digital and print media, an increasing number of properties is targeting the English-dominant Hispanic. They include NuvoTV, MTV3rs, the above cited magazines, and web properties such as FoxNewslatino.com, NBCLatino and more niche oriented sites such as  Hispanicallyspeakingnews.com and Voxxi.  Yet, compared to Fusion these entities are much more niche oriented entities and not really competitors to Fusion’s mass market appeal.

4. But the clout of the combined resources of Univision and Disney can help convince marketers to do substantial buys in Fusion, right?

Absolutely. The cross selling opportunities from both Univision’s Hispanic networks and, perhaps more importantly, from Disney’s general market networks ABC and ESPN are huge.  ABC is the third largest TV network among Hispanics before NBC and Fox, and only behind Univision and Telemundo, according to Nielsen. In addition, Disney’s portfolio includes Hispanic sports cable network ESPN Deportes.

5. What about the trend of the ‘Latinization’ of America? Will this trend help Fusion?

Yes, Hispanic trends in fashion, food and music are increasingly being followed and adopted by the general U.S. consumer. Marketing in the U.S. increasingly means Marketing in a Multicultural Nation (as opposed to marketing to specific multicultural audiences).  This trend is reflected in the way Fusion’s content is being planned. “We believe our programs – visually compelling, creatively produced and laced with humor and irreverence – will resonate with Latinos and non-Latinos alike,” Beau Ferrari, acting President for Fusion, said in last week’s announcement. As an example of such programming, Jorge Ramos, the #1 Spanish-language television anchor, and Leon Krauze, one of the most popular local broadcasters in America, will lead Fusion’s primetime news block.  (“Marketing in a Multicultural Nation” will be one of  the main panels at our 7th Annual Hispanic Advertising and Media Conference, in NYC on Sept. 26 Fusion’s very own Joel Kliksberg, Director, Strategy & Business Development  will be one of the panel’s participants. Other panelists  will include Group M’s Gonzalo del Fa and Dunkin’ Donuts Xavier Turpin).