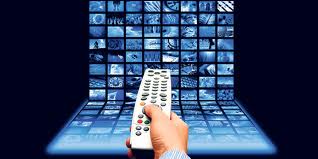 If you weren’t at the TV upfronts last week, or even if you were, here are 5 things Portada’s Editorial Team wants you to know about.

It was all about “Total Market Innovation” during Telemundo’s upfront last Tuesday at the Frederic P. Rose Hall in New York City’s Time Warner Building. Mike Rosen, EVP of Advertising Sales, Telemundo Media highlighted Telemundo’s “unique positioning to offer total market solutions to reach Hispanics leveraging NBC Universals’ unmatched reach of more than 90% of all U.S. Hispanics across both languages and all platforms.” Last week’s announcement that Telemundo’s COO Jackie Hernandez Fallous is changing her role to CMO of NBC Hispanic Enterprises and Content also has to be interpreted under the framework of Telemundo/NBCU’s realignment with Corporate America’s Total Market Strategy (e.g see our recent interview with Kimberly Clark’s Lizette Williams) . In her new role, Hernandez will supervise a team to help drive Telemundo integration across the entire NBCU portfolio, and will continue to oversee marketing and consumer research. She will also lead partnership development strategies across NBCU´s platforms.

In this age of  time shifting technology, sports content is the only content that networks can almost guarantee advertisers to drive mass audiences in real-time. Hence the huge investments in programming rights. Univision Deportes boasted its rights for Copa America 2016, the most important soccer competition in the Americas which is celebrating its 100 anniversary. Telemundo showed off its rights for the 2020 World Cup. The NBCU network boasted at its upfront presentation, that starting 2015, together with cable network mun2 it will become the official Spanish-language home of the “2014 FIFA World Cup, offering more than 550 hours of the best soccer in the World across all its platforms.”  The NBCU Hispanic networks also have the exclusive broadcast rights of the 2016 Summer Olympics in Rio de Janeiro, Brazil.  ESPN Deportes on its part promoted its programming in Baseball, Soccer, American Football and Basketball. Highlights included the rights for the 2015 Panamerican Games and the soccer 2016 Eurocup. 2012 launched Qatari Sports Investments (an affiliate of Al Jazeera Media Networks) backed TV channels BeIN Sports and BeIN Sports en espanol has earned a substantial amount of live soccer coverage in just two years including Spain’s La Liga, Italy’s Serie A and Conmebol/CONCACAF World Cup Qualifiers. Sports media experts asked by Portada were impressed by this, although they point out that the distribution of BeinSports is not yet up to par with the Hispanic Sports Big 3 Networks (Univision Deportes, ESPN Deportes and Fox Deportes).

3. Univision, now ready for the IPO?

Univision, which despite its diversification efforts, last week continued to mostly portray itself as a Spanish-language media play, is likely going to do an IPO (Initial Public Offerings) this year. Of course, no one at Univision said this, but most observers asked by Portada expect this to happen. Financial markets and equity investors are much more open to equity offerings than they were a few years ago when Randy Falco took over as CEO (and his promotion was interpreted as an “IPO friendly” move).

Fusion, the Univision-ABC English-language TV channel aimed at Milennials launched last October, was briefly mentioned during Univision’s upfront presentation. But there was little noise made by Fusion at the upfronts; very interesting particularly after the big fanfare around the network’s launch last fall. Perhaps things are not going as well as the network’s executives had anticipated: As a recent Associated Press article points out, “Fusion is still experiencing growing pains, shedding several programs in its first year and restructuring its nightly news show from five days a week to one. One challenge: Many in the audience today are second- and third-generation Latinos, and often they eschew a Latino-only box, even as they crave more stories that include them.” 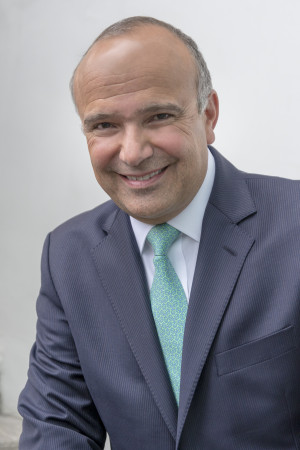 At its upfront presentation, Azteca América’s new  CEO Manuel Abud, the former Telemundo’s station Group president, announced Azteca will drop the América from its name. “We believe this change will create a better connection with our audience and more accurately reflect who they are,” Abud said. “An audience that is composed with the largest market segment, the one that makes up the largest U.S. Hispanic population. And yes, I’m going to use the m-word: the Mexicans.”  TV Azteca’s new programming roll-out reflects this concentration on Mexican audiences, approximately 70% of the overall U.S. Hispanic market.

Two weeks before last week’s TV Upfronts the Digital NewFronts took place: Check out Four Things you need to know about the 2014 NewFronts!