A Positive Attitude at the NAHJ Convention in Puerto Rico

Latino reporters, editors and publishers ended their 2009 National Association of

Hispanic Journalists Convention in Puerto Rico with a big party. The last workshops were being held on Saturday at Centro de Conventions in San Juan, Puerto Rico but the majority of journalists decided to relax under the sun or visit the Old San Juan.

The Convention’s goals were to evolve, embrace and reinvent the profession of the Hispanic Journalist in this time of economic crisis and the emphasis was on the new technology that already is invading newsrooms. Many attendees talked about cutting cost, lay-offs, twitter, blogging and how to stream videos on the internet. Social Media was the hottest topic.

However, journalists at the Convention also talked about opening businesses, ethics and the media, investigative reporting, how to improve Spanish writing skills, the good, the bad and the ugly of web design, TV news documentaries and the coverage of environmental issues.

Comments from some of the presenters and panelists:

Eduardo Hauser, founder of dailyme.com: “News business will be fragmented and this is not a good time to start a company. Internet offers more content that printed media and more people are looking for information in the digital world. The trick is to find out what are you good at, who cares about your product and who is willing to pay for it.”

Patricio Espinosa, independent journalist: “Find a niche, have passion for what you do and work with your community.”

Ricardo Pimentel, President of the NAHJ, did not talk during the Hall of Fame Gala held on Friday night and only introduced Manuel Suárez as the 2009 President’s Award Recipient for a life time dedicated to investigative reporting and his commitment to the principles of journalism in Puerto Rico.

Durón, a cancer survivor, said, “Latinos continue to fight exclusion in the newsroom.” González mentioned that reporters need to really understand their communities and “Have passion for a good story.” Rivera, the attraction of the night, was more aggressive and said that Puerto Rico needs to end its colonialism and Puerto Rican soldiers should be allowed to vote for the president of this country. “If they are good to die for the president of the United Stated, they are good to vote for their Commander-in-Chief”, said Rivera and the crowd applauded. “As journalists of color we have seen it all: The ups and downs of this wonderful profession and the only thing you have to do is to stay strong during this time of transition. Do not get discouraged by imagination and work hard,” Rivera concluded. 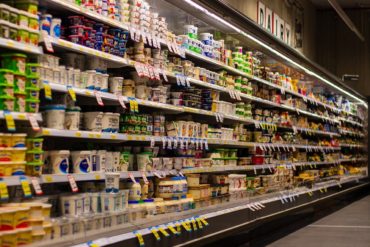