Fever Pitch: How Publishers Can Get Closer to Hispanic Audiences with Curated Videos About The World Cup

Publishers have to understand the atmosphere and environment of Latin America audiences – responding to a sharp uptick in demand for reactive, personalized curated videos online.

Anyone who’s heard the roar of the crowd ricochet across Maracanã, Rio de Janeiro’s iconic stadium, will know well the intense fervor brought about by soccer in Brazil. And it’s not just the so-called Country of Football that’s in a spin over soccer; the love affair extends across South and Central America, from Uruguay to Mexico and Argentina.

For these nations and their neighbors, football is not merely a sport, it’s a way of life. The source of intense national pride, the beautiful game governs cultural and regional identities from an early age, providing a constant source of rags-to-riches inspiration from the likes of Argentine superstar Diego Maradona, or Brazil’s inimitable Pelé – both of whom grew up in poverty (as an infant Pelé used stuffed rags as a football). 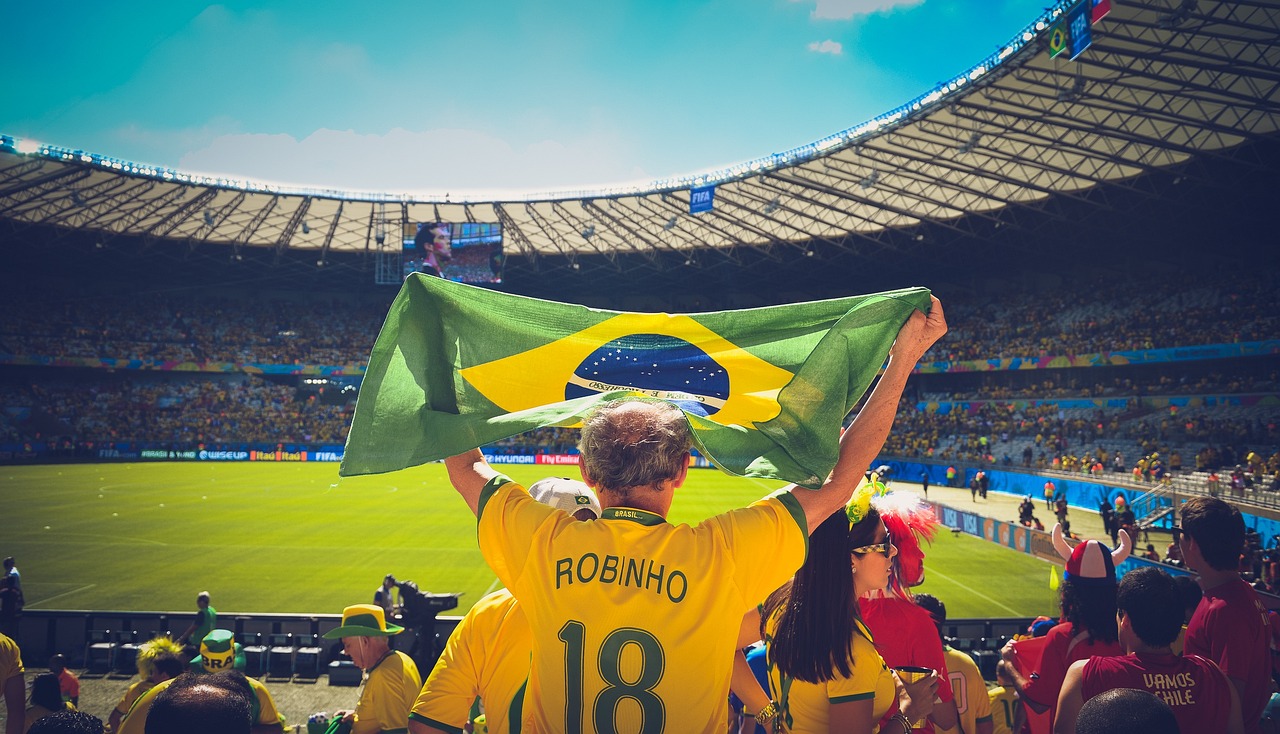 With the 2022 FIFA World Cup fast approaching, this collective passion point creates an unmissable opportunity for brands looking to deepen their ties with Latin American communities across the US. This fast-growing and influential community – accounting for 19% of all Americans at the latest US Census Bureau count – will be tuning in by the millions to cheer on their home teams as the action kicks off in Qatar.

The internet, particularly in the states of California, Texas and Florida, is set to be flooded by Latino football fans catching up on the day’s actions; as well as looking for additional content with which to fuel their enthusiasm.

This shapes the perfect opener for publishers to speak to a young, digitally-led and lucrative demographic – the purchasing power of US Latinos is predicted to reach $2.6 trillion in the next three years – with compelling video inventory. Here’s how:

A recent study from LLYC and Expedition Strategies found that not only are US Hispanics outstripping non-Hispanics in terms of purchasing power, to the tune of 28% percent, the people reflected in this surging group of consumers buy from brands that empower their cultural relevance.

The data showed that 95% of US Latinos are proud of their heritage, and 54% celebrate their roots. Add to this picture over $2 trillion of disposable income led by a predominantly young group of cell phone and internet users, and the stars are aligned for serious engagement.

More than half of US Hispanics identify as soccer fans, compared to just under 1 in 3 US adults overall.

If you want to understand how important football is to this formidable demographic, you only have to know that Spanish-language network, Telemundo, paid significantly more than Fox for broadcast rights for the 2018 and 2022 World Cups. Meanwhile, more than half of US Hispanics identify as soccer fans, compared to just under 1 in 3 US adults overall.

This puts the World Cup on par with the MLB, college football or the NBA in terms of content impact and audience cut-through – yet, right now, the market is relatively underserviced in the US; a blind spot for those in the wider media sphere.

The onus is on publishers to better connect with what McKinsey US called an “untapped engine for growth”. And a rolling archive of topical, immersive World Cup videos could be the ideal avenue in. 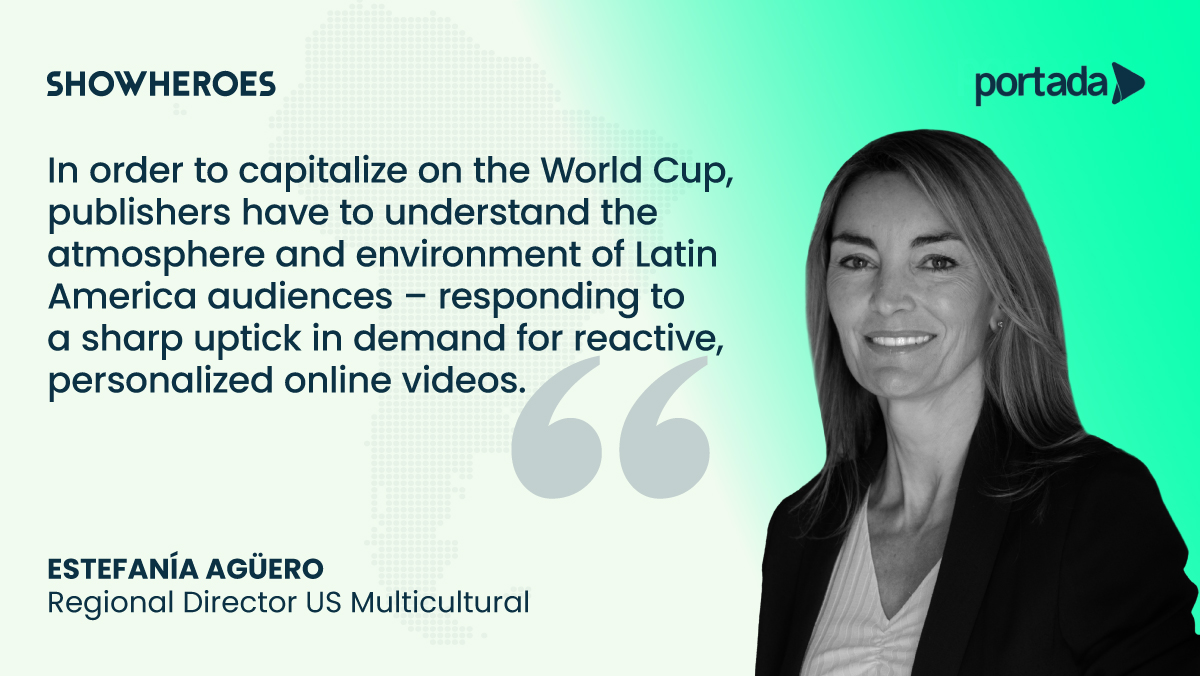 Curated Videos: From storytelling to monetization

In order to capitalize on the upcoming contest, publishers have to understand the atmosphere and environment of Latin America audiences – responding to a sharp uptick in demand for reactive, personalized online videos.

Of course, producing a high volume of customized curated videos in-house is no mean feat, which is why it may make sense to partner with a third-party supplier. A company like ShowHeroes can use its own content studios to produce up to 30 original digital videos a day; thereby providing an oven-ready solution for news or lifestyle titles juggling their own editorial needs.

The point is to build a roster of consistent, creative and engaging World Cup-related curated videos that capture the huge influx of emotion Latino audiences feel for their teams.

What’s more, we can skirt around complex rights issues by exploring the broader conversational threads that bind Latin American communities to the theme of the World Cup. This might, for example, include a round-up of history’s five most influential Latin American football players. It could delve into the songs and rituals of a particular football culture, ask Latino fans about their most memorable match, pick out the best mid-game snacks, or spotlight infamous rivalries in a playful way.

The point is to build a roster of consistent, creative and engaging World Cup-related videos that capture the huge influx of emotion Latino audiences feel for their teams. And, given this is no homogenous group – the term “US Hispanic” refers to a vast umbrella of regional influences and cultural identities – publishers should seek out agencies that have roots in Latin America; with the ability to tailor content to the cultural nuances of diverse populations.

There’s a clear monetization interest at play here, too. With a rich playbook of compelling curated videos to their name, publishers can act as a magnet to advertisers keen to align with World Cup fever, reaching some of the tournament’s largest and most avid fan bases. This could happen through sponsored shoppable curated videos such as a round-up of the best football trainers. Or it could also entail semantic-based contextual targeting tech.

Tapping into the moment

Partners who can address both sides of the content coin – by producing a stream of original videos and providing tech for intelligent, cookieless targeting – are best positioned to help publishers ride the Latin American World Cup wave.

Already the spirit of the event is gaining pace, with Latin America doing a brisk trade in wildly popular Panini football stickers, the shirt that Maradona wore for victory in 1986 being handed back to the Argentine Football Association, and a Paraguayan soccer artist preparing a colorful new collection to go on show in Qatar.

Hispanic communities make up a woeful 6% of overall US ad spend; but their stories are out there and waiting to be told. This is an audience with both huge passion and exponential growth; the only gap is relevant content.

Authentic videos create a bridge, channeling the highly-charged spirit of excitement that goes hand-in-hand with something many Latinos care deeply about – World Cup soccer – for lasting resonance. With that groundwork in place, brands can build a relationship with the right audiences in set moments of affinity and drama. And that really is a goal worth scoring.