What:Yahoo’S NFL first-ever livestream football game between the Jacksonville Jaguars and Buffalo Bills Sunday in London attracted 15.2 million unique viewers.
Why it matters: 33 percent streams, out of the 33.6 million total views, were from international users across 185 countries worldwide.Despite the good numbers,streaming is not ready yet to replace traditional TV broadcasts. 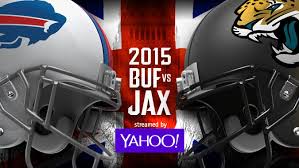 Yahoo’S NFL first-ever livestream football game between the Jacksonville Jaguars and Buffalo Bills Sunday in London attracted 15.2 million unique viewers, around a third coming from outside the US., and 33.6 million total views.

33 percent of the streams were from international users across 185 countries worldwide.

According to the NFL, 460 million total minutes of video were viewed, meaning that despite a unique viewership of 15.2 million, the broadcast only had an average viewership per minute of 2.36 million.

Although the figures were good, as last year’s Super Bowl got around 1.3 million streamers per minute, it seems streaming is not ready yet to replace traditional TV broadcasts. 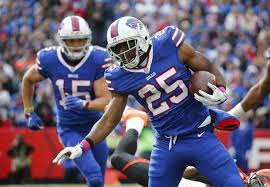 These years numbers outstrips NFL games’ previous streaming records but still are well below traditional televised games that attract 10 to 20 million viewers simultaneously. In comparison, the last game played in London, between the Jets and the Dolphins, had an average of 9.9 million TV viewers per minute.

In addition, Yahoo may have inflated the number of unique users as the site  autoplayed the stream on its homepage, its fantasy sites, and Tumblr during the game.

Still, the NFL’s Hans Schroeder said the league was “thrilled with the results” as Yahoo was able to reach a global audience with just a game between two smaller market teams with losing records.

“It’s been a great opportunity to partner with the NFL and deliver a truly exceptional global live streaming experience for our users,” said Adam Cahan, Yahoo’s SVP of Product and Engineering, said in a release. “We’re seeing a dramatic shift in the industry as audiences’ primary video watching moves away from TV. We were thrilled to join the NFL in setting a new standard for sports programming for our users and advertisers.”

“We’re thrilled with the results of our initial step distributing an NFL game to a worldwide audience and with the work of our partner, Yahoo,” said Hans Schroeder, Senior Vice President, Media Strategy, Business Development & Sales for the NFL. “We are incredibly excited by the fact that we took a game that would have been viewed by a relatively limited television audience in the United States and by distributing it digitally were able to attract a global audience of over 15 million viewers.”

Undoubtedly, the results leave the door opened for more streaming NFL games in the nearest future.