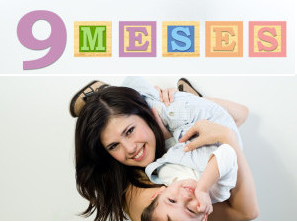 “We think of advertising in terms of co-branding: The content is produced for both the advertiser and our audience” – Susy Rosado, 9 meses

Perhaps non-legacy young media properties have a less challenging route to become multplatform brands. Such is the example of 9 meses, a TV show that is currently expanding to other media platforms. Susy Rosado, the MC of Portada’s 2014 LatAm Summit, as well as the founder, entrepreneur, and host of 9 meses, talks to us about the process behind the show.

9 meses (9 months) is a magazine-style TV program aimed at parents and Hispanic women. The show focuses on tips, news and information on the stages of pregnancy, but also talks about parenting after birth. It is a product that “finds a balance between what sponsors need and what the audience demands,” says Susy Rosado.

9 meses is seen in 20 countries and 200 million households through TV networks such as MGM Latinoamérica, Telemundo, Veme, and Casa Club TV.

It currently airs on AMC Latinoamérica through Casa Club TV, and can be seen in the U.S. on MEGA TV. Rosado tells Portada that the show is closing a deal with one of the leading Hispanic TV networks in the U.S., but cannot yet confirm the agreement.

The content on 9 meses revolves around prenatal care, food, family, motivation, and Latino families in the U.S. Hispanic market and the rest of the world. Rosado says that special care is given to producing multi-platform content that takes into account the little time that modern women have available. “Our content is timely, short, and goes straight to the point. In other words, mom has no time to lose and needs for us to tell it like it is,” explains Rosado.

Although the show was designed for TV from the start, today it produces content for different media platforms – TV, radio, magazines, websites, newsletters, and social networks.

Our content is timely, short, and goes straight to the point.

The first show was produced for TV in 2007 and the program aired on TV for the first time in 2010 on Mega TV. Rosado tells us: “The idea was born when I was pregnant with my first child. It was then that I realized just how much information about pregnancy and babies was out there. The oversaturation of information was such that by the time I was four months pregnant, I no longer wanted to read anything else. That’s when I realized there was a very large niche [for this type of content]. ”

“At first, we could not place the show’s format on TV because we were told the parenthood niche wasn’t appealing, so we decided to produce 90-second capsules that were aired between programs. That is how we were able to get a foot in the TV market,” says Rosado. “That’s why the transition to producing content for digital media was very easy, and today our goal is to be present in multiple platforms,” she adds.

For producing video content, 9 meses works with specific partners looking to target their services or products to the Hispanic woman. “At 9 meses, we produce customized content for advertisers that will also be interesting, entertaining, and useful for our audience. In this way, we produce native content that takes into account the specific audience the advertiser wants to reach and show the client the kind of interesting content that we can produce for them. For example, if the client gives me a specific demographic, say U.S. women who live on the east coast and are Latina, preferably Mexican, Peruvian and Colombian, we come up with specific content [for that group] and then deliver our videos to that audience through programmatic buying, as we are associated with groups that are dedicated to generating traffic,” explains Rosado.

Portada: How else do you market 9 meses?

Susy Rosado: Basically, we monetize our brand through native content. Generating content -visual content- for video and TV is our strength. But we also do direct mail. But as I said earlier, we think more in terms of co-branding.

Portada: You created the program, and you also host and manage the project. How do you balance the tensions that arise from being on both the entrepreneur and on-camera sides?

Susy Rosado: Actually, doing all those things comes quite natural to me. I have worked in corporations and I’ve also worked on a lot of TV productions. My economics studies help me to do research before starting to produce content. I search the “demographics” that are now called trends in tech lingo, to see who is tuning in, what the target audience is and what it is they want to hear. And then, the camera side is also very natural for me— I know Hispanic culture very well, I am Mexican, I am married to a Colombian, and I have friends from all over Latin America.