What: Only sixteen months after having launched  Re/code, tech journalists Kara Swisher and Walt Mossberg are selling their technology news site to Vox Media. The financial terms of the deal were not disclosed,  but Swisher and Mossberg will continue to run Re/code “with editorial independence.”
Why it matters: Technology, both tech gadget reviews and news, are one of the most profitable areas in digital media. Well-funded Vox Media is  now expanding into this area. It already owns Technology and Lifestyle publication (The Verge). Other Verticals Vox Madia is active in are Sports (SB Nation), Gaming (Polygon), Food and Nightlife (Eater), Fashion and Shopping (Racked), and Real Estate and Architecture (Curbed). 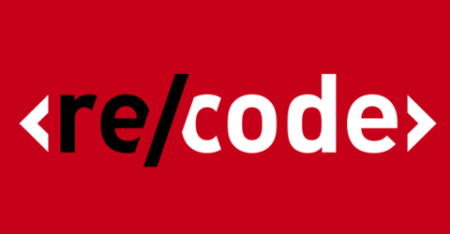 Vox Media, a Digital media conglomerate, has acquired technology industry news publication Re/code,  led by tech journalists Kara Swisher and Walt Mossberg.
Financial terms of the the all-stock deal were not disclosed. However, both Swisher and Mossberg suggested they will continue to run Re/code “with editorial independence.” The sale may have to do with the difficulties Re/code was undergoing to achieve enough traffic levels to impress advertisers.

Re/code was launched in January 2014 by Swisher and Mossberg and has around 44 full-time employees, all of whom are expected to join Vox as part of the acquisition. Vox Media is also the owner of  the Verge, so this deal brings these two tech publications under one roof.

Swisher and Mossberg also built the web site and conference business AllThingsD within the Dow Jones division of Rupert Murdoch’s News Corporation.As they wanted more control, they split with Dow Jones at the end of 2013 and lined up investors for Re/code.

“They gave us a ton of autonomy,” Mossberg said of Dow Jones at the time, “but ultimately there are some things you just need to have your own business to do, and that’s what we’re doing.”

“Like a lot of start-ups, they got to a point where they could either invest in scaling up on their own, or work with someone who already has,” Vox Media CEO Jim Bankoff.”Re/code really rounds out our portfolio.I think we can learn from” their conference business, Bankoff said, “and over time — not immediately, but over time — extend it into other areas as well,” “he added.

He also said that Re/code would benefit by hooking into Vox’s publishing platforms.

“Everybody is bigger than us,” Swisher said in an interview with the New York Times. “It’s not a secret that being a smaller fish is really hard.”

Re/code’s primary financiers were NBC News and the media executive Terry Semel. NBC News is owned by Comcast, which is already an investor in Vox through its Comcast Ventures arm.

Bankoff said that he spoke with Swisher and Mossberg about a possible deal back when they were planning to exit Dow Jones.

“The timing wasn’t right,” he said. “We kept the conversation open since then. Now the timing is right.”

Lately, well-known media upstarts such as Vox and Buzzfeed have been hiring reporting teams and angling for Silicon Valley coverage, alongside older players such as TechCrunch, Ars Technica, Wired, VentureBeat. In the meantime, well-established media like the New York Times, the Wall Street Journal, Bloomberg, and CNBC are also directing resources at covering the tech scene.

Late last year, Vox Media raised $46.5 million in a round led by General Atlantic. The funding gave Vox a post-money valuation of about US $380 million, according to people familiar with the transaction.